Bollywood movies are full of larger-than-life plot and sequences. These movies turn us into starry-eyed romantics and make us fall in love with the cities that are showcased in the films.  These films make us want to pack our bags and take a vacation to spend time in the beautiful locations that they shot their scenes in. 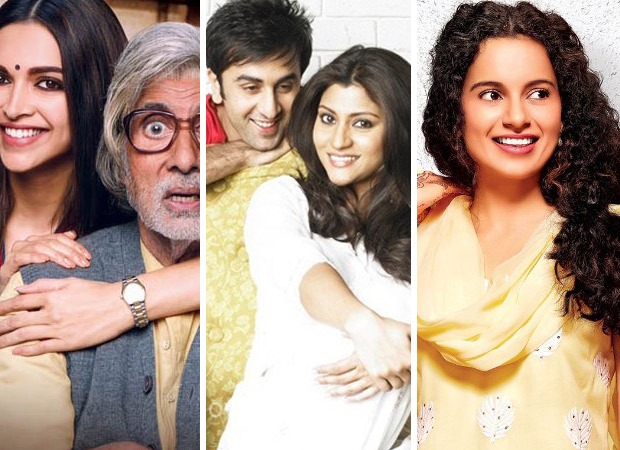 Piku, Wake Up Sid & Movies that captured true essence of cities they were set in

Here is a list of Bollywood movies which will make you fall in love with the cities they are set in.

1. Wake Up Sid
The film showcased the city of dreams Mumbai – in all its glory. Aisha, played by Konkana, shifts to a new city, and explores every bit and corner of the beautiful city. She not only falls in love with Bombay, and makes the audiences love the city just as much. Mumbai rains, the beaches, serene sunsets on the beaches, everything about the city is magically portrayed in the film.

As Kangana Ranaut’s Rani left to travel solo, she found herself in the process. Queen gives major travel goals as the interiors, culture and magic of Paris and Amsterdam leave viewers spellbound. The major parts of the film were shot in Paris. The mesmerizing city was beautifully captured by the makers. A fully-lit Eiffel Tower, the night life of the city, the colourful streets – everything about Paris is truly majestic.

Delhi is a place full of some hidden gems, especially the whole of Old Delhi in itself, is a treasure. The food, the people, the places, Old Delhi is not a place but an emotion. Sonam Kapoor and Abhishek Bachchan’s Delhi-6 has spared no effort to explore the city’s tiny, cramped but colourful and engaging for the audiences to enjoy. The energy of the city and even the delicious essence of the food, was flawlessly captured in the film.


What can be more exciting than watching Hrithik Roshan, Abhay Deol and Farhan Akhtar having the time of their lives in Spain? The film took the audience along with the three friends to explore Spain. From the Tomatina festival to dancing to Senorita, the film truly inspired the audiences to leave the shackles of their mundane life behind and go enjoy their lives.

The utterly simple and beautiful film starring Deepika Padukone, Amitabh Bachchan and Irrfan Khan, portrayed the beauty of simplicity. Piku highlighted the city of Kolkata, its street food and charming places for sightseeing. The film portrayed Kolkata as a city to explore with love for culture and a thirst to experience its charisma.

Tarika, played by Radhika Madan, is a rather relatable character who wants to explore her dream to visit London. Tarika visits new and exciting places in London, that made everyone add London to their bucket lists. Tarika’s new life and new adventures in London are one of the many elements that caught the attention of the audiences.

Watch these movies, and won’t be able to resist packing your bags to explore the cities that look glorious on the celluloid.