Kajol and Ajay Devgn visited the famous Mahalakshmi temple in Kolhapur a couple of days ago on the auspicious occasion of Navratri. The duo looked resplendent in a traditional look. Kajol chose a bright green silk saree, handwoven with traditional ‘kath and padar’ while Ajay was dressed in a yellow silk dhoti. Together, they performed ‘Abhishek’ and prayed for the success of the actor’s last release Raid. Devotional that they are, they often make it a point to visit the temple in Kolhapur and offer respects. This pic circulating on the net reminds us of their wedding picture and gives us a lot of déjà vu feels. Yeah, that’s right. Kajol chose a traditional green ‘nauvari’ saree for her main wedding ceremony and the couple looked a lot in love and totally stunning together just like they do now. Looking at these two pictures it is as if they haven't aged at all. 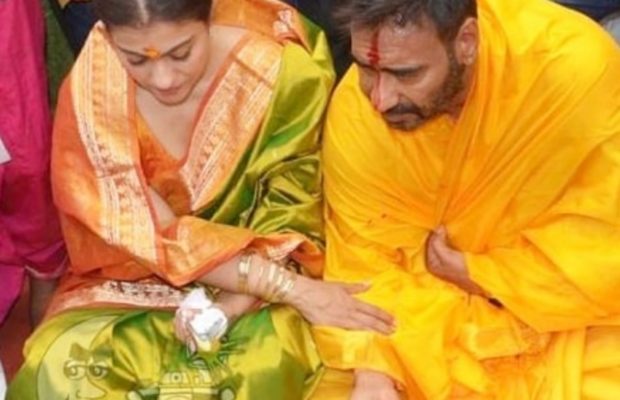 Interestingly, the couple celebrated their 19th wedding anniversary last month and ringed this special occasion with their kids Nyasa and Yug in Singapore. This is one of the most stable couple we know in the industry and their relationship has only grown from strength to strength since around two decades now. They are best friends, husband-wife and also business partners. If you think Bollywood relationships are not rock solid, Ajay-Kajol will prove you wrong. 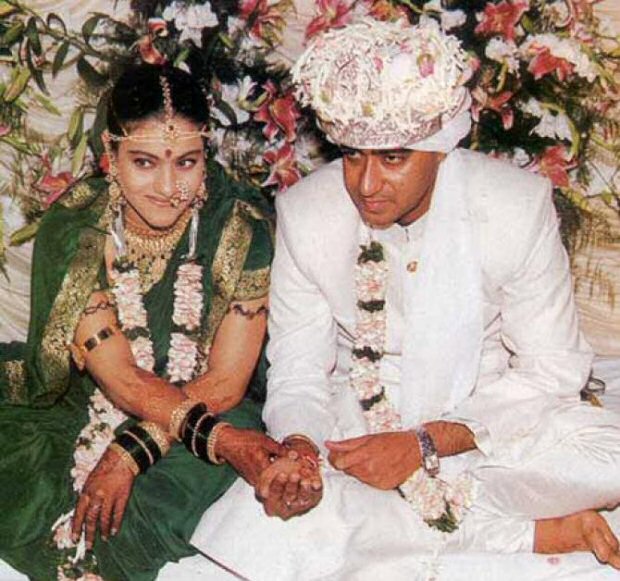 On professional front, Kajol will be seen in Eela which is co-produced by Ajay Devgn. Their last production was Marathi movie Apla Manus starring Nana Patekar. The film got rave reviews and will be remade in Hindi too. Kajol and Ajay have a deep Maharashtrian connection, since the Dilwale actress is half Maharashtrian, and their fans love that.

Also Read: Kajol does the most Mumbai thing and treats her crew with ‘Vada Pav’