Producer Dinesh Vijan of Maddock Films is making waves his back to back successes. As they have a good line up coming up, they have wrapped up yet another film. Rajkummar Rao and Mouni Roy starrer Made In China has been wrapped up and the celebration took place on the last day of the shoot. 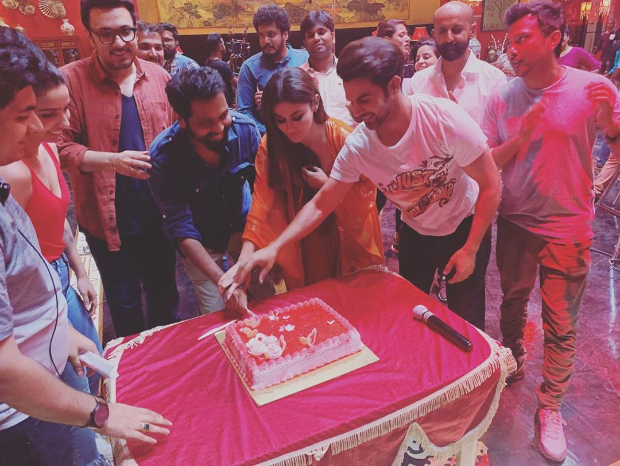 Mouni Roy shared a couple of pictures from the wrap in which Rajkummar Rao, Dinesh Vijan, director Mikhil Musale while they posed for pictures and cut a cake in celebration. She captioned the photos, "Oh what a trippppp! ❤️MADE IN CHINA❤."

Made in China will be directed by filmmaker Mikhil Musale, whose 2016 thriller-drama Wrong Side Raju bagged the National Award for Best Feature Film In Gujarati. He will be making his Bollywood debut with this film that will be shot in Ahmedabad and across China. This film is said to be a hilarious take on a struggling Gujarati businessman and the bizarre journey he undertakes to become a successful entrepreneur.