When we say breakout stars - Rajkummar Rao and Bhumi Pednekar - are the two names who definitely need appreciation. So, it is obvious that fans would love to see them together in a movie, someday. And their wishes might just come true - courtesy Karan Johar and his production house - Dharma Productions. 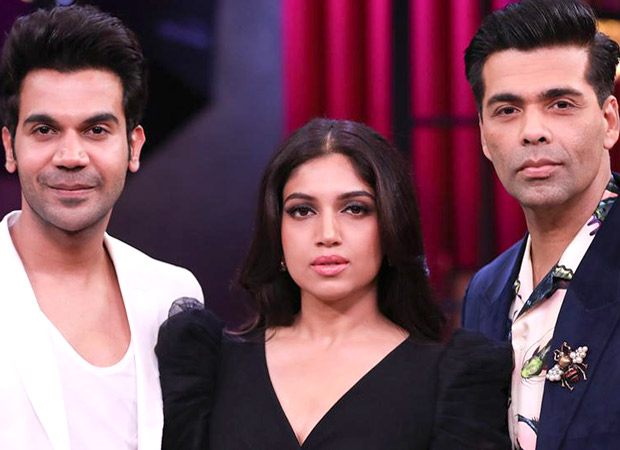 As per the sources, Rajkummar Rao and Bhumi Pednekar will reportedly come together in an upcoming romantic comedy which will be produced by Karan Johar. As the production is making sure to bring new pairs on big screen, this one will surely win the hearts of the audience. While we wait for the confirmation, it surely looks like an interesting pairing.

Interestingly, in Koffee With Karan 6, Rajkummar and Bhumi came together as the guests and this happened to be the debut on KWK. Coincidence?

The year 2017 was an amazing year for both the actors. While Rajkummar has been in the industry for a while now, he received a lot of accolades in that one year for his work in Trapped, Bareilly Ki Barfi and Newton. With the success of Stree in 2018, he has emerged as a Rs 100 crore hero.

Bhumi Pednekar was one of the finest performers of 2017 with only one film in her kitty. She was definitely one of the breakout stars of 2017 with two successes at the box office – Toilet – Ek Prem Katha and Shubh Mangal Saavdhan.

On the work front, both of them have several projects in the pipeline. Rajkummar Rao will be starring in Mental Hai Kya, Turram Khan, Made In China, Anuraj Basu's next, Imli, Rooh-Afza. Bhumi Pednekar will be seen in Saand Ki Aankh, horror comedy with Vicky Kaushal and Takht.

ALSO READ: Koffee With Karan 6: Rajkummar Rao on why he isn’t getting married to Patralekhaa, Bhumi Pednekar confesses she wouldn’t mind link up rumour with Aditya Roy Kapur