After wrapping up The Sky Is Pink, Priyanka Chopra is back in the States with her husband Nick Jonas. Earlier this year, her mom Madhu Chopra too joined them in NYC for her birthday celebrations. As the birthday party continued in New York, Nick also met the extended Chopra family in Boston. 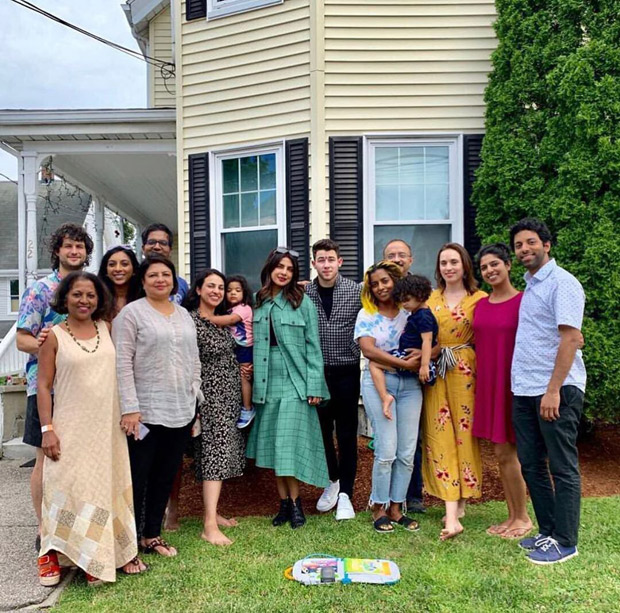 A family photo has been going viral on social media in which Nick Jonas and Priyanka Chopra are striking a pose with their extended family during their weekend getaway. Priyanka is dressed in black top paired up with striped green jacket and skirt and boots. Nick looked handsome in a checkered shirt and black pants. It seems like the son-in-law of Chopra family received a traditional welcome since he is seen wearing tika on his forehead.

On the work front, Priyanka Chopra will be next seen with Farhan Akhtar and Zaira Wasim in The Sky Is Pink. Nick Jonas, on the work front, is promoting his comeback album and touring with Jonas Brothers, 'Happiness Begins'.

ALSO READ: PHOTOS: Priyanka Chopra gets wax statues in London and Singapore and they are unbelievably gorgeous