Undoubtedly, Kartik Aaryan is one hot sensation in B-town today whose popularity is soaring sky high every second day. The actor, who entered the coveted 100 crore club with his last release Sonu Ke Titu Ki Sweety, has not only been flooded with movie offers from top banners but also becoming favourite amongst prominent brands wanting him as the brand ambassador. 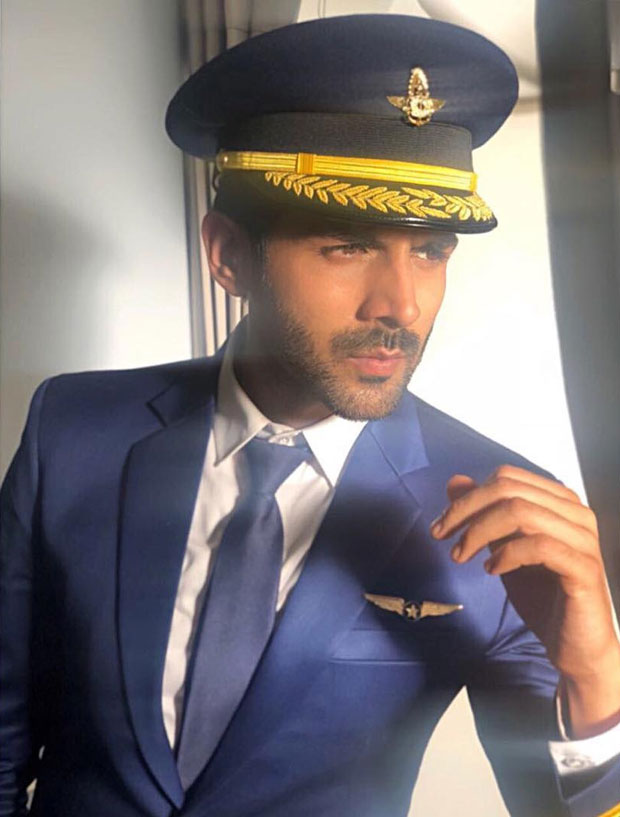 In his latest picture, Kartik Aaryan dons a pretty interesting look which has left the fans wondering what it is for. In the picture, he is wearing a pilot's uniform with an intense look. Well, it seems like the look is not for a movie but reportedly for an advertisement. Sharing the picture and teasing his fans about his upcoming work, Ready to fly..Something exciting..Coming soon."

Earlier this month, Kartik Aaryan was roped in as the new face of Emami Fair And Handsome to endorse their range of men’s products.