It's that day of the month again when we take a stock of how good or bad the many OTT offerings of the month did. Being a Diwali month, November OTT releases made up for a non-glitzy look at the cinema halls. And we are talking purely about numbers here. The Diwali week, starting from November 9 has seen a range of content on the digital platforms which were equal parts good, bad, and ugly. So let's begin our review. 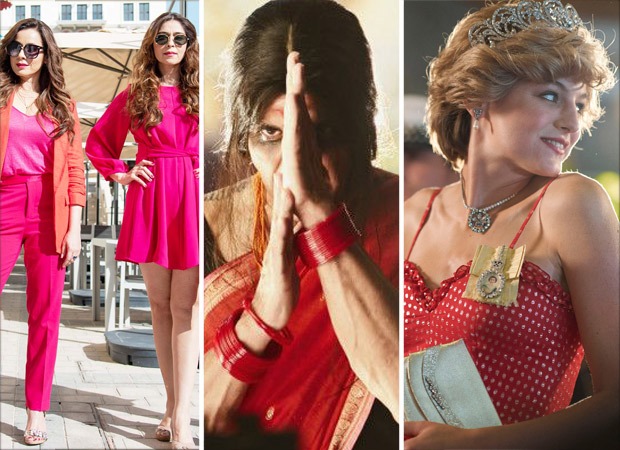 OTT round up of November: Fabulous Lives of Bollywood Wives appals, Laxmii tanks, The Crown Season 4 fascinates all

Fabulous Lives of Bollywood Wives - Netflix
It's really a mystery why this show was even conceptualised. Everything it showed we already knew and so, it had no purpose being there. So let's not dwell on it any further.

A Simple Murder - SonyLIV
Continuing with its fantastic line-up of content, A Simple Murder arrived and was quite an interesting watch. Although the director gets over-indulgent with the sub-plots, it still gave some great moments to cherish.

The Crown Season 4 - Netflix
The fourth season proved how much India is obsessed with Britishers. This time it talked about Princess Diana and the Royal Family which saw an overwhelming response. The narrative enticed everyone pretty well.

Ludo - Netflix
Anurag Basu's movie released on OTT and got polarised reviews. If somebody loved it, others just hated it. Now that's how movies should make one feel. The four stories of Abhishek Bachchan, Aditya Roy Kapur, Rajkummar Rao and Pankaj Tripathi gave splendid performances making it an interesting watch.

Laxmii - Disney+ Hotstar
A remake of an equally terrible film called Kanchana, Laxmii made people really angry. What is Akshay Kumar doing working in a movie like this? The many plot tweaks weren't enough for people to stop slamming the film on social media sites.

Chhalaang - Amazon Prime Video
This Hansal Mehta-Rajkummar Rao combo promised to be a fun treat but turned out quite complicated. It was really difficult to root for a person who procrastinates and tries to defeat a person who is actually qualified for the post he holds. A strange dilemma!

Soorarai Potturu - Amazon Prime Video
Surya's movie about AIR Deccan founder got everyone talking. People loved his act and the way the movie was mounted.

Welcome Home - SonyLIV
If anybody wants to know what spine-chilling actually means, this is it. And the movies isn't even from the horror genre. What made many wince is the fact that it's a true story. Brilliant screenplay and performances!

Dark7 White - Alt Balaji
A political thriller after a while and it almost became a perfect one. It's a youthful show but gets mired by its urge to be woke.

Also Read: “It’s a BAD joke”: Trade rips apart Akshay Kumar-starrer Laxmii; but feel it had the chance to work in single-screen cinemas