The 90th annual Academy Awards took place on Sunday night, March 4. Hosted by Jimmy Kimmel, the award show saw many amazing wins. From first time wins to surreal Oscar moments, it was a night to remember. Last year, it became a memorable night after the Best Picture goof up.

Faye Dunaway and Warren Beatty returned to the Oscars 2018 stage to announce the Best Picture, again. Guillermo Del Toro's Shape Of Water took the biggest award of the night, Best Picture. After years of working in the film industry, Gary Oldman bagged his first ever Academy Award for his portrayal of Winston Churchill in Darkest Hour. Veteran actress Frances McDormand took home Best Actress award for her performance in Three Billboards Outside Ebbing, Missouri. 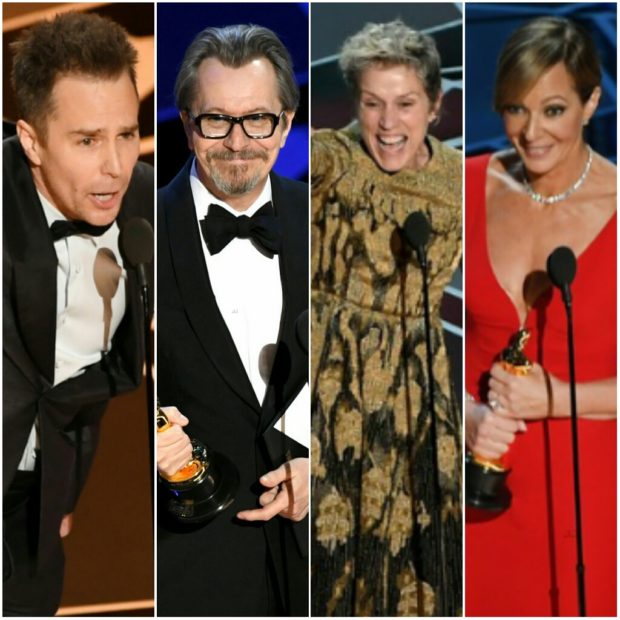 One of the highlights of the night was James Ivory, oldest recipient of the Oscars 2018, who took Best Adapted Screenplay award for Call Me By Your Name. Jordan Peele became the first African American to win Best Screenplay for his film Get Out. NBA star Kobe Bryant won his first ever Oscar for his animated short film.

Best Picture: The Shape of Water

Original Screenplay: Get Out

Adapted Screenplay: Call Me by Your Name

Documentary Short: Heaven Is a Traffic Jam on the 405

Original Score: The Shape of Water

Song: Remember Me from Coco

Production Design: The Shape of Water