It is known that Jab Tak Hain Jaan stars Shah Rukh Khan, Anushka Sharma and Katrina Kaif will be reuniting in Aanand L Rai’s film, Zero. The filming began last year in the month of December. Shah Rukh Khan will be essaying the role of a vertically challenged man. The stars are currently in shooting process and often share some candid behind the scenes moments. 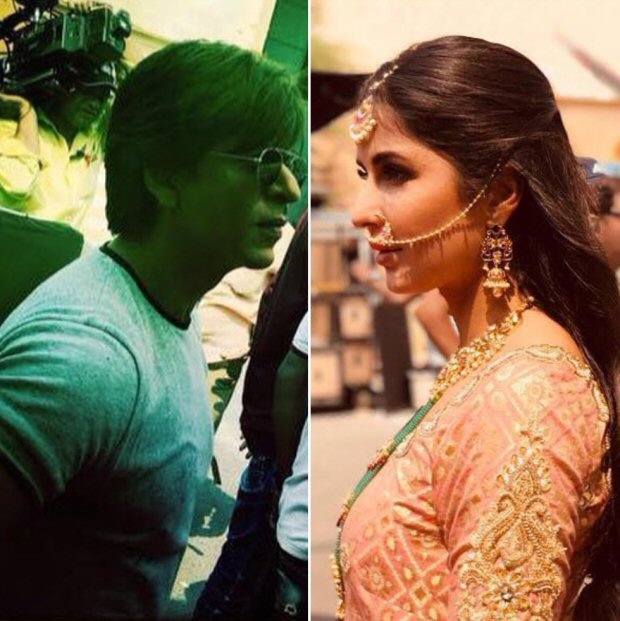 Just this past weekend, Katrina Kaif shared a moment from the set while rocked a bejewelled look. Dressed traditionally for a scene, the actress was getting ready to give her shot. It seems like she was getting ready for a scene or a song probably. She even shared a candid moment of Shah Rukh Khan from the sets of the film. The actor was wearing a blue t-shirt and shades. She simply captioned the photo, “Photo by meee.” 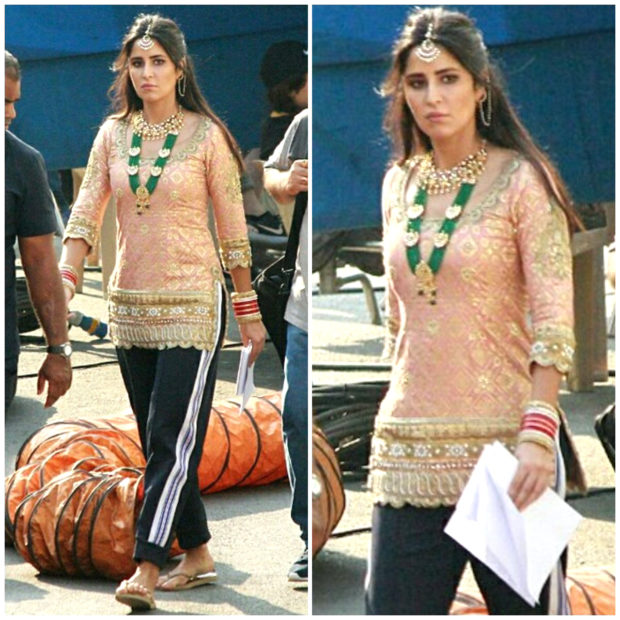