It was a night full of wins, fun, and excitement. Jimmy Kimmel returned as a host at the 90th Academy Awards held on March 4. The comedian made sure the audience had a great time after a year full of controversies. With current scenario around #TimesUp, #NeverAgain and #MeToo movements, the comedian made sure he was sensitive about subjects but also called out people when needed. 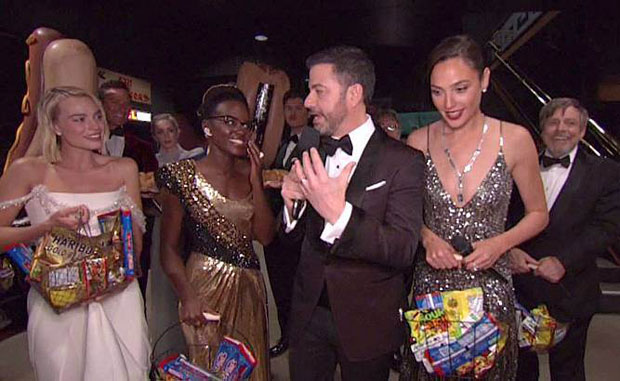 In the most fun segment, Jimmy Kimmel asked a couple of guests to crash A Wrinkle In Time fan screening that was happening next to their theatre. Gal Gadot, Margot Robbie, Lupita Nyong’o, Mark Hamill, Guillermo del Toro, Armie Hammer, Ansel Elgort and others came forward to surprise a screen full of fans. To appreciate moviegoers, Jimmy led the group of A-list stars to the TCL Chinese Theatre. Gal was the first one to enter the theatre which left the fans cheering for her. “We brought you some goodies,” Gal Gadot told the crowd as Kimmel asked the other stars to come in. 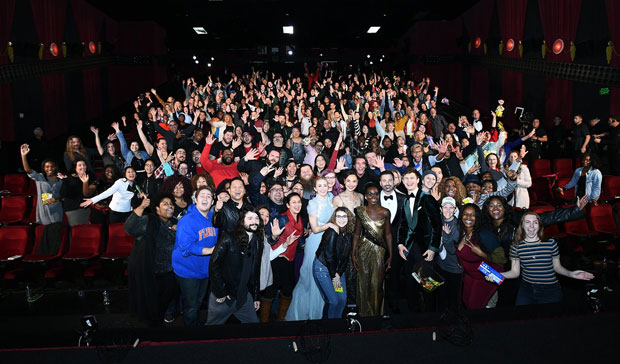 The crowd was left in shock as the stars gave them food and chips to eat. Jimmy then informed them that they are live at the 90th Oscars. They even got a 'thank you' from the celebrities on the big screen. “This is so much better than the Oscars!” Gal Gadot exclaimed. Jimmy Kimmel also asked one of the guests to announce the next two presenters: Tiffany Haddish and Maya Rudolph.

This year's skit by Jimmy Kimmel was very similar to the last year when he invited a group of tourists to visit the Dolby Theatre. The tourists were left in surprise as they got to take selfies with Ryan Gosling, Emma Stone, and Viola Davis. Denzel Washington was even asked to officiate a wedding during the skit.

Ryan Reynolds has a hilarious birthday…

Anne Hathaway reveals she thought her…

James Gunn says The Suicide Squad is on…