Recently, Ali Fazal and Richa Chadha took the audience by a surprise by announcing about their relationship. The much-in-love couple is often seen supporting each other in their important endeavors. While Richa was by Ali’s side during important occasions, the actress is all set to do the same yet again. Ali Fazal will be attending the prestigious Oscars this year and Richa will be flying with him. 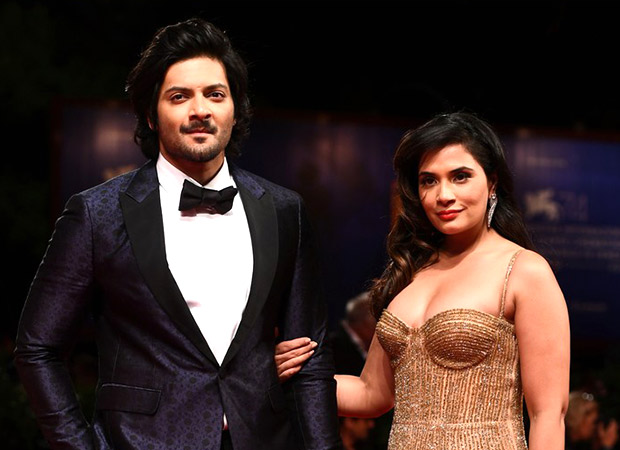 For the uninitiated, Ali Fazal has been a part of some renowned international films in the past. While he has made special appearances in some, the actor played the titular role in Victoria & Abdul. The Judi Dench starrer is now nominated in the forthcoming Academy Awards in the category of Makeup-Hairstyling and Costume Design.

Excited about the same, Ali is all set to attend the awards gala along with girlfriend Richa Chadha. Fans can definitely rejoice this news as the two actors will be seen walking the red carpet of the prestigious Oscars hand-in-hand.

Ali and Richa have always shown immense support for each other’s work and they dedicatedly give due credits for the same. Along with attending the grand ceremony, the two have also scheduled meetings with international filmmakers for their prospective projects.

It is a known fact that the two don’t shy away from speaking about their relationship. They, have in the past, accepted about how they love doing some things together. Richa is not just excited about her beau’s achievements but is also more than happy to go with Ali. She has put all her other commitments on hold to stand in support of her bae.

On the other hand, Ali Fazal will join the dame Judi Dench at the ceremony. Reports also have it that Richa has already decided her outfit for the function. She, according to reports, has opted for a gown by a French designer for the special occasion.