Angad Bedi returns with the second season of his Amazon show Inside Edge next month. Ahead of its release, the actor travelled to seek blessings at Harminder Sahib Golden Temple in Amritsar. It’s a time Angad has been looking forward to for a while and on the eve of his daughter Mehr’s first birthday and the release of his show, Angad paid a visit to the holy shrine. The actor posted some lovely pictures on his social media of himself, wife Neha Dhupia and daughter Mehr at the temple. 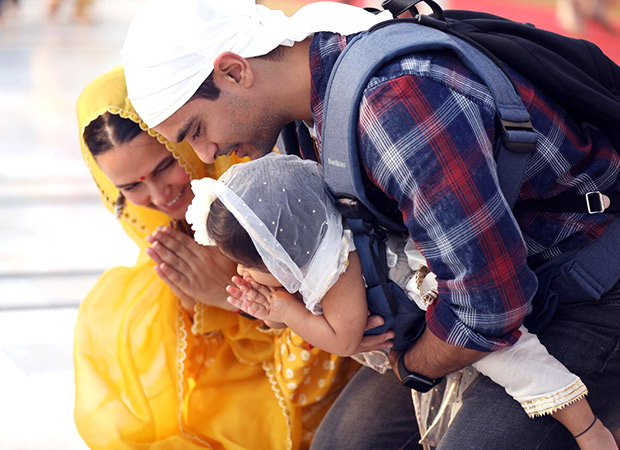 A source says, “It’s been a hectic time for Angad who has been shooting and promoting for his movies and show’s back to back. He finished all his commitments in advance so he could take a two day break to be in Amritsar with Mehr on her birthday. The family then visited their ancestral haveli as well which belonged to Angad’s grandparents. Angad is a deeply spiritual man and he wanted to seek blessings at the Golden Temple ahead of Inside Edge’s release. He is emotionally attached to the character of Arvind Vashisth and has worked for months in prepping and shooting for it.“