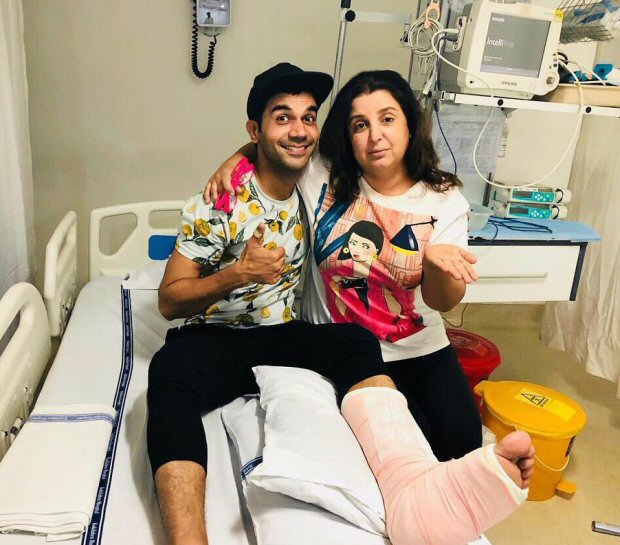 From Ranveer Singh to recently Shraddha Kapoor, there have several news reports about stars getting injured on the sets of their respective projects. Rajkummar Rao, unfortunately, suffered a similar fate just a day ago, when he was shooting for the celebrity reality show ‘Lip Sing Battle’.

The show hosted by Farah Khan, was supposed to feature Rajkummar Rao along with his Bareilly Ki Barfi co-star Kriti Sanon in the forthcoming episode. While the two were supposed to battle it out on stage by lip syncing to iconic Bollywood tracks, the shoot came to a halt after the actor suffered a mishap during the rehearsals. Rajkummar, who was practicing the song for his turn of lip syncing, was supposed to break a matka [mud pot] whilst dancing to the track but reportedly he missed his step and fell down. He broke his leg and was immediately rushed to a suburban hospital by host Farah Khan. 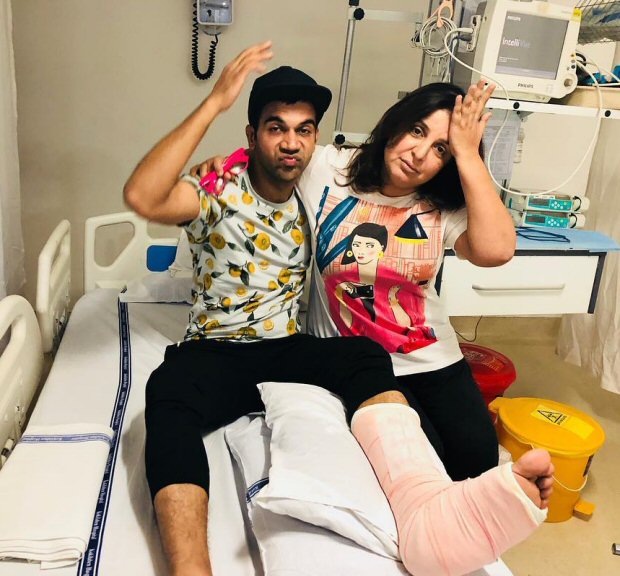 After examination, Rajkummar Rao was detected with fracture and has currently been advised bed rest for a few weeks. The shoot has obviously been called off and the actor taking to social media to talk about the injury, also apologized to co-star Kriti Sanon as well as the entire team for leaving the shoot incomplete. Besides Farah Khan, Rajkummar was also accompanied by his girlfriend Patralekha to the hospital.

On the other hand, Farah Khan and Rajkummar Rao both posted pictures from the hospital on social media. Rajkummar posted, “Everyone was asking me to break a leg specially @farahkhankunder and see I've literally done that. 2 fractures, 1 surgery but not that bad. Got to learn some amazing dance moves. Thank you team #LipSingBattle and my apologies @kritisanon couldn't shoot today. Apologies everyone couldn't finish it today but very soon hopefully.” Whereas Farah too posted about the same incident saying, ““Break a leg” doesn’t mean literally!! My poor @rajkummar_rao fractures his ankle but retains his sense of humour on #lipsingbattle .. #yehkyahogaya pic credit @patralekhaa.”

We at Bollywood Hungama too wish Rajkummar Rao a speedy recovery.