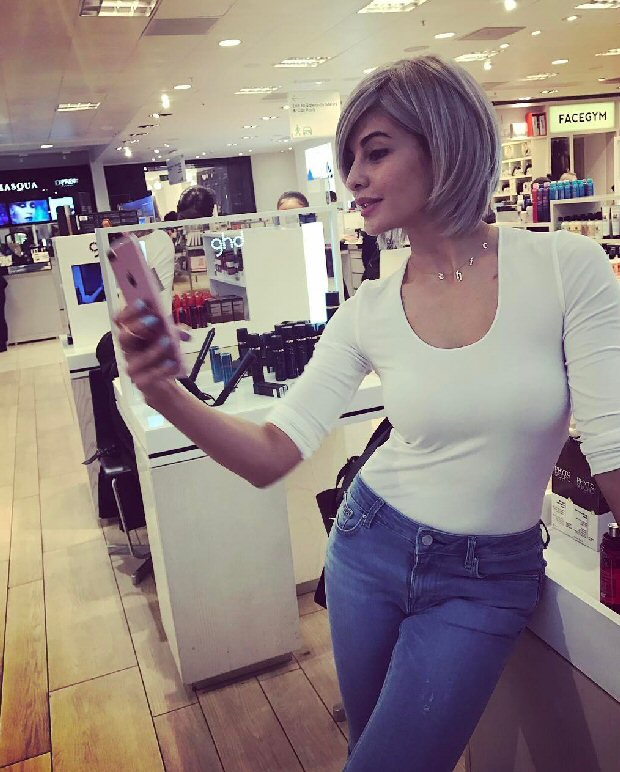 Just few days ago, it was reported that Jacqueline Fernandez took off to London to shoot for her forthcoming release Judwaa 2. Amidst hectic shoot schedules and preparations, we spotted the actress trying out something new along with her stylist.

Jacqueline Fernandez, who often shares updates on social media, posted a new look of hers and also a video along with her make-up artist Shaan Muttathil. The actress, in her new avatar, was seen sporting silver short hair and posting the same on Instagram, she wrote, “Me trying to be productive.”

Whilst we were wondering about the details, her stylist Shaan revealed that it was her look for Judwaa 2. The actress also captioned the same on Instagram, “Me and @shaanmu serious at work #judwaa2.”

Apart from her, Judwaa 2 also stars Varun Dhawan in dual role along with Taapsee Pannu. On the other hand, Jacqueline Fernandez will also be seen in the Sushant Singh Rajput starrer Drive, directed by Tarun Mansukhani.

Besides films, Jacqueline Fernandez has also received the opportunity to play host when Justin Bieber arrives in India for his Purpose Tour.