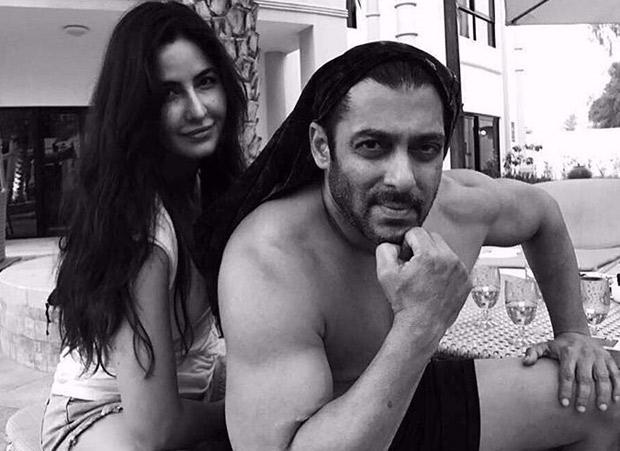 By now we all know that Katrina Kaif will be seen sharing screen space with Salman Khan in the currently under production film Tiger Zinda Hai. In fact after Salman Khan had taken to social networking sites to announce Katrina’s presence in the film, numerous images of the actress shooting for the film have surfaced. If that wasn’t enough, Katrina who recently joined the image sharing website Instagram has been keeping her fans and followers abreast of the shoot with constant posts.

Doing the same once again, Katrina Kaif shared an image wherein she is posing for the camera with co-star Salman Khan. But what caught our attention was the fact that Salman Khan has posed shirtless in the image with Katrina sitting beside him. Though Katrina Kaif opted not to caption the image, we guess the same was shot while taking a break from shooting Tiger Zinda Hai in the extreme weather in Abu Dhabi.

As for the film, Tiger Zinda Hai that is expected to hit screens around Christmas this year is being directed by Ali Abbas Zafar. After completing the first leg of shooting the film in Austria, the crew are currently in Abu Dhabi on the second schedule.