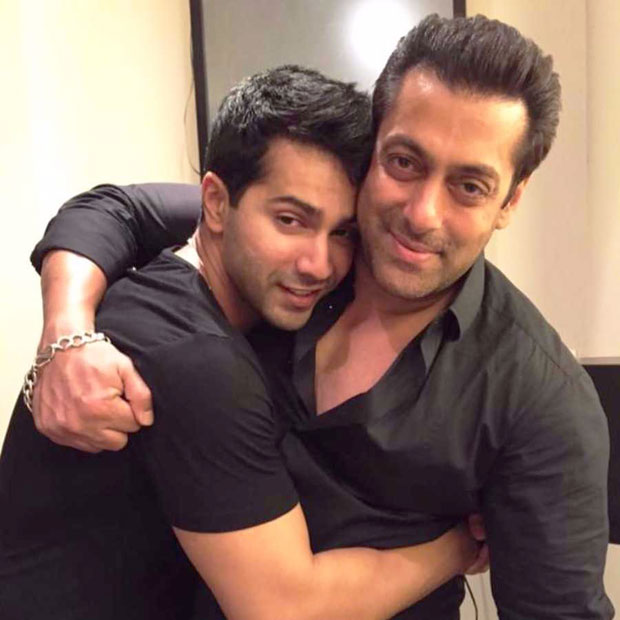 One of the highly awaited movies of the year is Varun Dhawan starrer Judwaa 2 which is a sequel to Salman Khan's 1997 film, Judwaa. Varun Dhawan is reprising the double roles of Prem and Raja in the forthcoming comedy.

After the much buzz around the film, the trailer of the Judwaa 2 was unveiled on Monday afternoon amidst 100 pairs of identical twins. While the trailer received a lot of cheers from the audience, one person's praise made Varun Dhawan's day.

It was none other than Salman Khan who shared the trailer of the film and wrote, "Judwaa 1 tweeting for Judwaa 2." Varun was absolutely delighted by Salman's response as he responded saying, "You will always be the original judwaa bhai."

At the trailer launch, Varun Dhawan could not stop himself from praising Salman Khan and how he made the two characters iconic 20 years ago. "This film wouldn't be possible without Salman bhai. 20 years back he made Raja and Prem iconic, he is the original Raja/Prem and will always be the original. I hope he likes the film whenever he watches it," Varun said.

Directed by David Dhawan, Judwaa 2 is bringing the back the old classic comedy in a modern way starring Varun Dhawan as Prem and Raja. Taapsee Pannu and Jacqueline Fernandez are the leading ladies. Produced by Sajid Nadiadwala, the film is scheduled to release on September 29, 2017.