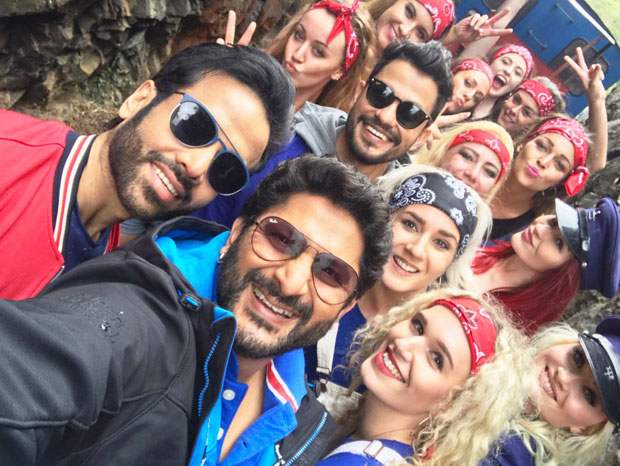 Filmmaker Rohit Shetty will be back again this year with the fourth instalment of his hit comedy franchise, Golmaal. The fourth film titled Golmaal Again went on floors earlier this year. The cast were on their last schedule shooting in Hyderabad for a while.

After months of the hectic shooting schedule, the shooting for the film has finally come to an end. Arshad Warsi, who has been a part of the franchise since the beginning, shared the news with a group shot with Tusshar Kapoor, Kunal Khemu and a bunch of ladies. He captioned it, "AND ITS A WRAP… 4th time around & the ride keeps getting crazier & crazier…”.