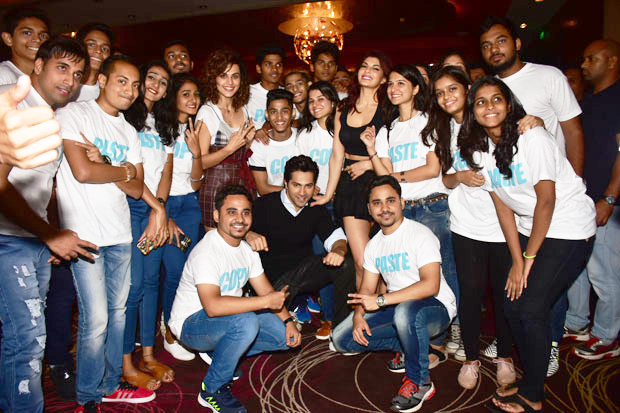 Reviving one of the biggest blockbusters of 90s, Judwaa starring Salman Khan in a double role, is all set to get a contemporary version with Varun Dhawan playing the leading man. And this time around, the makers of Judwaa 2 decided to come up with the most unique way to launch the trailer of the film. In a grand event that was held today, the trailer was launched amidst 100 real life twins who were selected from across the country, along with the cast and crew of the film.

The trailer of Judwaa 2, the sequel to the 1997 Salman Khan starrer Judwaa was launched amidst the presence of the lead cast as well as director of the film David Dhawan on August 21. The film has Varun Dhawan playing the roles of Prem and Raja with Jacqueline Fernandez and Tapsee Pannu as his leading ladies. Talking about this unique idea, director David Dhawan said, "Portraying the endearing attachment between twins is what I have tried to do. We had 200 twins at the launch sharing the love with us, it felt overwhelming and I am grateful for all the love Judwaa 2 is receiving." 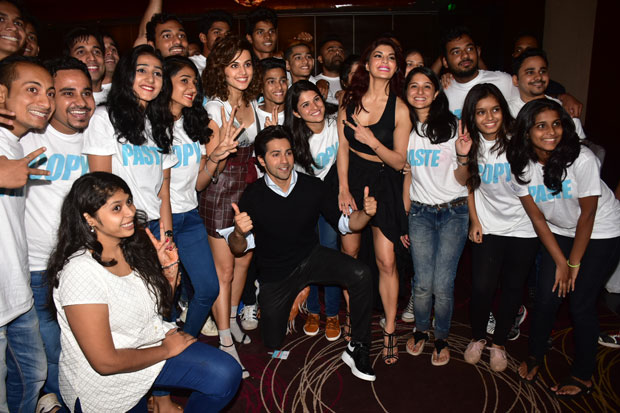 After 20 years post the release of Judwaa 2, the duo of Sajid and David are back to recreate the magic Jodi of Raja and Prem on the big screen which has triggered the excitement levels of the audience. The sequel will also include the 90's chartbusters from the original which includes, ‘Oonchi hai Building’ and ‘Tan Tana Tan’ rehashed by Anu Malik. A glimpse of these songs is a part of the trailer too.

The team also has shot in Mauritius for a song from the original titled, 'Tu Mere Dil Mein Bas Ja'.

Produced by Sajid Nadiadwala, directed by David Dhawan, Judwaa 2 is presented by Fox Star Studios and Nadiadwala Grandson Entertainment. The film is slated to release on September 29.