Akshay Kumar who essayed the role of Lord Krishna in the 2012 film OMG co-starring Paresh Rawal is all set to return to his Godly avatar for the sequel of the film. Earlier today, the actor announced that he has commenced the shoot of OMG 2 with co-stars Pankaj Tripathi and Yami Gautam. He had also shared the first look poster in which he is seen as Lord Shiva. 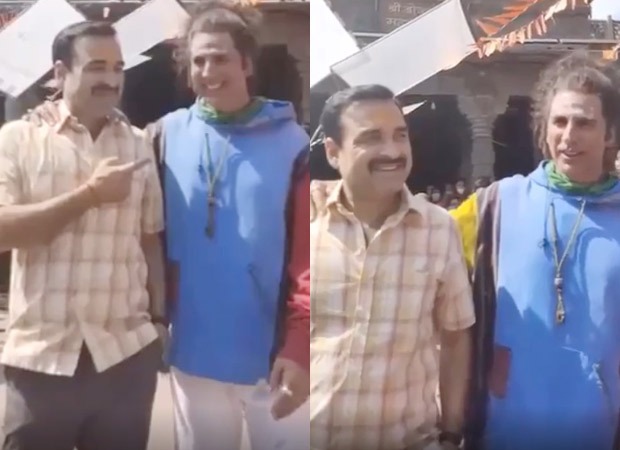 Later in the day, Akshay also treated us with a video from the sets of the film. In the video, he is seen walking on the street with Pankaj Tripathi. Akshay is seen sporting dreadlocks and wearing a multi-coloured hoodie and white pants. Meanwhile, Pankaj looks like the man next door in his checkered shirt and brown pants and sports a mustache. This is the first time that Akshay and Pankaj will be sharing screen.

Earlier today while sharing the first look poster of his character, Akshay wrote, "Need your blessings and wishes for #OMG2, our honest and humble attempt to reflect on an important social issue. May the eternal energy of Adiyogi bless us through this journey".

OMG 2 is written and directed by Amit Rai and produced by Cape of Good Films, Vipul D Shah, Rajesh Bahl, and Ashwin Varde.