Obi-Wan Kenobi and Darth Vader will have face off once again in the Disney+ series Obi-Wan Kenobi. The strong implication of the same can be witnessed in the sneak peak of the Lucasfilm production released on the streamer on November 12. 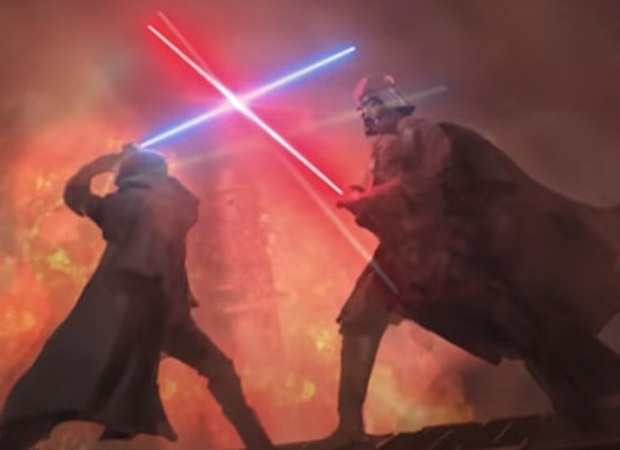 Though the preview did not include any footage from the series, concept art appears to show Obi-Wan (Ewan McGregor) and Vader (Hayden Christensen) locked in a lightsaber battle.

As reported by Variety, McGregor further underlined the confrontation in an interview in the preview, “To have another swing at each other might be quite satisfying."

"We couldn’t tell the story of Obi-Wan Kenobi without addressing Anakin or Vader,” says director Deborah Chow in the preview.

Lucasfilm had previously announced that Obi-Wan Kenobi is set 10 years after the events of Revenge of the Sith, which Chow says is “quite a dark time” for Obi-Wan, one of the last remaining Jedi. “It’s not safe,” Chow says. “There’s Jedi hunters out there.”

In that environment, McGregor says that his “one task left” on the desolated planet of Tatooine is to keep the young Luke Skywalker safe — all while Darth Vader hunts for him.

The long-rumored series was finally confirmed by Lucasfilm president Kathleen Kennedy in August 2019 at the Disney fan convention D23 with McGregor. The show was subsequently delayed in January 2020 after Joby Harold replaced the original head writer, Hossein Amini, and then the pandemic shutdown further delayed production until the spring of 2021.

The early look at Obi-Wan Kenobi, which is set to premiere in 2022, is part of the larger Disney+ Day celebration of the streamer’s two year anniversary.