Last Updated 06.07.2022 | 11:40 AM IST
feedback language
follow us on
Bollywood Hungama » News » Bollywood Features News » “We do not have Elvis without Black music” – says Austin Butler about King of Rock & Roll

Elvis is all set to take the theatres by storm! The upcoming Warner Bros. film, starring Austin Bulter in titular role of Elvis Presley and Olivia DeJonge essaying the role of Priscilla Presley, is helmed by the ace filmmaker Baz Luhrmann. Butler emulates Elvis Presley to the T & for the role, he underwent a lot of preparation. 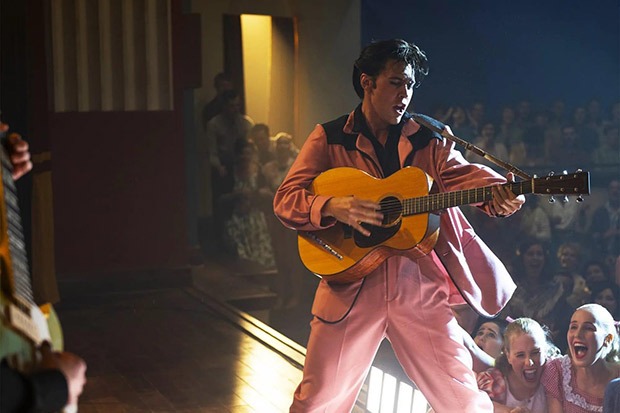 At the press conference of Elvis, attended by Bollywood Hungama, Austin Butler spoke about capturing the essence and characteristics of Elvis Presley. He also said that paying ode to Black musicians was of utmost importance. “The fact that we do not have Elvis without Black music, and giving credit where credit is due,” said  Austin Butler. “The narrative has been told in so many different ways, and I’m just so proud of the fact that we get to be a part of this film. Sister Rosetta [Tharpe] was inventing rock and roll in the 40s.”

For the role, he was trained well for couple of years and has a movement coach, a dialect coach, a singing coach and a karate instructor. He felt immense pressure to play King of Rock & Roll and underwent two years of prep for the same.  “I had those two years where I really didn’t do anything else but just obsess. I just tried to be as meticulous as possible, but at the end of the day, it’s all about finding his humanity, because what I was most fascinated by was stripping away the icon, stripping away the caricatures or the Halloween costume of Elvis and getting down to who was he in an empty room by himself at the end of the day? How did he wake up in the morning? You know, what was his inner life?” said Butler.  “And he’s an incredibly sensitive, spiritual man so it was just finding how he evolved over the years. That was sort of my process.”

Austin Butler also had several recordings to prep and how Elvis' voice changed over the years as he grew mature with his music. Trying to capture the essence but not make a caricature is what Butler focused on.  “I was struck by how his voice changes over the years. You listen to an interview in ‘54 or ‘55, 56 and then another one in 62, he sounds totally different. And then you hear him in ‘72 and he sounds different from that. And then 77, he sounds different. You got all these different voices so I would spend a day sort of living in one of them. I think because there have been so many caricatures of him that for me, I really doubled down on making it feel like this was my life, that that I’m seeing from inside of him, and not falling into any of these traps because it’s really hard not to because we all have this idea of what he sounds like,” explained Butler.

Austin Butler also mentioned how recording gospel music, which was in the movie also, was life altering moment. “I think there were about 30 of the most incredible gospel singers I’ve ever heard in my life. And I remember the first person starting to sing, and I got chills. And then as the voices came together, tears came out of my eyes,” said Butler. “And then everybody’s stomping their feet, and suddenly I start feeling. I’m standing – they let me stand in the centre – and I’m stomping my feet, and I felt that moment that little Elvis had. I was just, raptured.”

Elvis will span the star’s life and career and explore the difficult relationship between Presley and his tyrannical manager Colonel Tom Parker, played by Tom Hanks. The studio described the film as one that will “delve into their complex dynamic spanning over 20 years, from Presley’s rise to fame to his unprecedented stardom, against the backdrop of the evolving cultural landscape and the loss of innocence in America.” The upcoming biopic will be released in theaters on June 24.

Taapsee Pannu is beauty personified in…