Kinshuk Vaidya, who currently plays the parallel lead in Woh Toh Hai Albela, was seen giving us all a glimpse of the 2000s era. TV buffs would be aware that the actor started his career at a young age and played the lead in the kid's show Shakalaka Boom Boom where his character Sanju stumbles upon a magic pencil and uses it to save situations. Recalling those days, Kinshuk was seen giving a shot on the sets of a show where he was seen writing and drawing with the pencil. 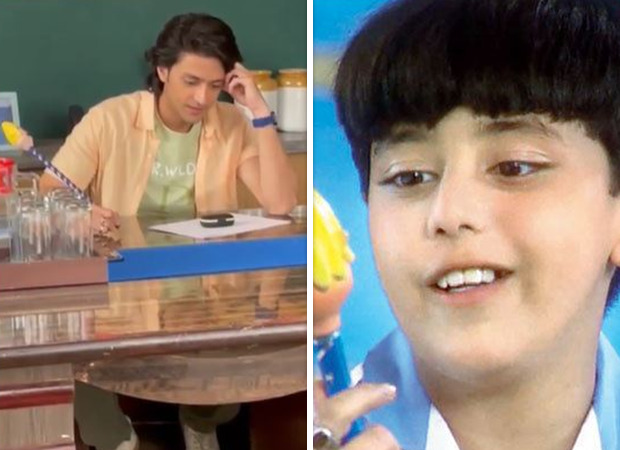 For the uninitiated, Shakalaka Boom Boom was a popular show in the early 2000s featuring Kinshuk Vaidya along with Hansika Motwani and several other popular child artists. The central character Sanju finds a magic pencil that can bring life to any drawing. With the help of the pencil, Sanju solves many problems and issues of his friends and close ones. In a recent video that founds its way to social media, we can see the Woh Toh Hai Albela actor shooting for a scene along with a complete camera setup.

In fact, after hearing the word ‘Action’, the actor excitedly exclaims, ‘Yes, I did it’ as he yet again bought a box to life after sketching it with the magic pencil. But Kinshuk soon gets disappointed when he finds it empty. While the shooting reminded us of the popular show from the year 2000, fans couldn’t help but guess if this was an announcement, marking the return of the show.

For many of them, it was like a walk down memory lane, as they reminisced about their childhood days. One comment described it as their childhood memory whereas the other one said, “Wowww….No.1 show of my childhood.” While, “Sanju you r my fav” said another comment, “plz fr se lado ye serials,” requested another. One enthusiastic fan wondered if a sequel was on the cards, and dropped this comment, “Ohh my god????shakalaka boom boom...is it coming again??”

Kinshuk Vaidya is currently shooting the Star Bharat show Woh Toh Hai Albela and is seen alongside Shaheer Sheikh, Hiba Nawab, and Rachi Sharma. The show airs on the channel from Monday to Friday at 9 pm and is also available on the streaming platform Disney+Hotstar.