Nora Fatehi, who became a popular name after ‘Dilbar’ from Satyameva Jayate and ‘Kamariya’ from Stree, is currently in Thailand! However, this one is no beachy summer break. In fact, the actress-dancer is in the country for work purposes. But that hasn’t stopped Nora from exploring the beachy locales. In fact, she has been visiting beaches and even travelling on speed boats during her recent visit but besides that if we saw the actress enjoying her heart out was in Bangkok when she was selling clothes! 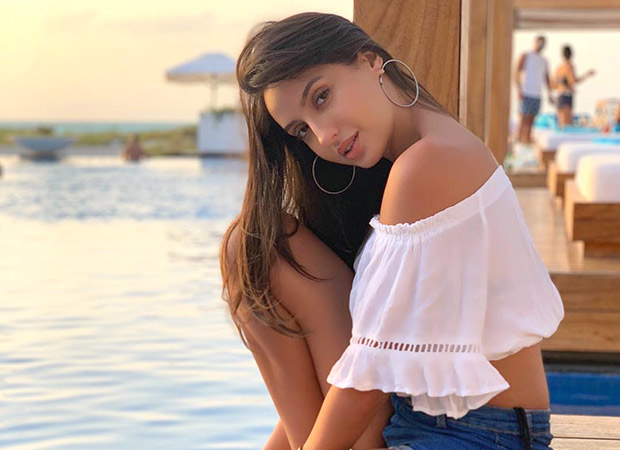 Nora Fatehi is in Bangkok and this video of the actress selling clothes is going VIRAL!

A video of Nora Fatehi shopping on the streets of Bangkok has gone viral where the actress is selling clothes and putting her bargaining skills to test. And if it is anything to go by, Nora is a pro at it! If you have a look at the video, we can see the actress comfortably sitting like a vendor and convincing the customers to buy the clothes and it looks as adorable as ever we say! Here have a look at the video:

Let us tell you that after the success of her dance numbers, Nora Fatehi bagged a rather interesting role in the Remo D’Souza film Street Dancer 3D which stars Varun Dhawan and Shraddha Kapoor in the lead role. The actress will be playing the role of a dancer along with the other characters in this dance drama that is extensively shot in England and India. The film is expected to release on November 8 this year.

Also Read: Street Dancer 3D actress Nora Fatehi CONFESSES that she was shunned and bullied for dancing in her hometown!