Many mythological shows have been brought back amid nationwide lockdown. After Ramayan, BR Chopra’s Mahabharat and Ramanand Sagar’s Shri Krishna is currently airing on Doordarshan. As Mahabharat is coming to an end, we came across an old video from the last day of the shooting when the entire cast and crew were left in tears. 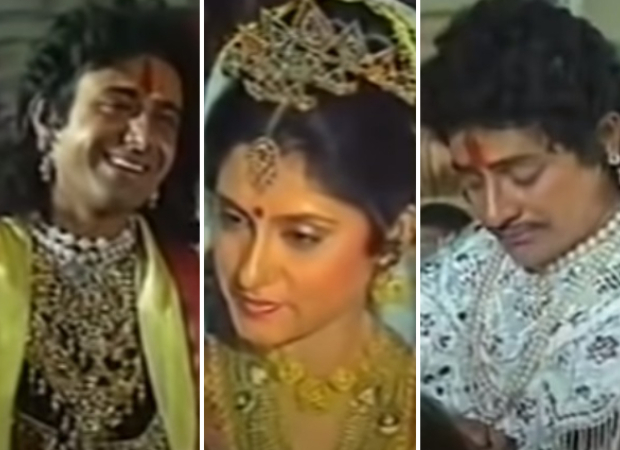 When Nitish Bharadwaj, Roopa Ganguly consoled Firoz Khan aka Arjuna who was left in tears on last of Mahabharat shooting

Ever since the re-runs started, the fans of the show have gone down the memory lane as they are reliving BR Chopra’s epic re-telling of the Mahabharat. Since the show will end soon, a video has resurfaced on the internet which is the day when the last episode was shot. The video showed the main actors Gajendra Chauhan, Roopa Ganguly, Nitish Bharadwaj, Mukesh Khanna, Gufi Paintal among others were seen hugging everyone whereas Firoz Khan who played the role of Arjuna was very emotional and in tears. Dressed in his costume, it was very difficult for him to bid farewell to the character that played for the longest time.

Emotions were on peak after last episode of #Mahabharat

Everyone was in tears.

Mahabharat first aired on 2 October 1988 and ended on 24 June 1990 on Doordarshan. It was produced by B. R. Chopra and directed by his son, Ravi Chopra.