Last Updated 06.07.2022 | 10:37 PM IST
feedback language
follow us on
Bollywood Hungama » News » Bollywood Features News » Nimrat Kaur wraps the shoot of Dasvi; says the character will be etched in her heart as the happiest and most thrilling

Actor Nimrat Kaur has wrapped the shoot of her upcoming social-comedy Dasvi. Marking the end of her journey at Dasvi, she shared two pictures from the sets and penned a heartfelt note expressing her feelings towards the character and the film. Directed by debutant Tushar Jalota, Dasvi is written by Ritesh Shah. 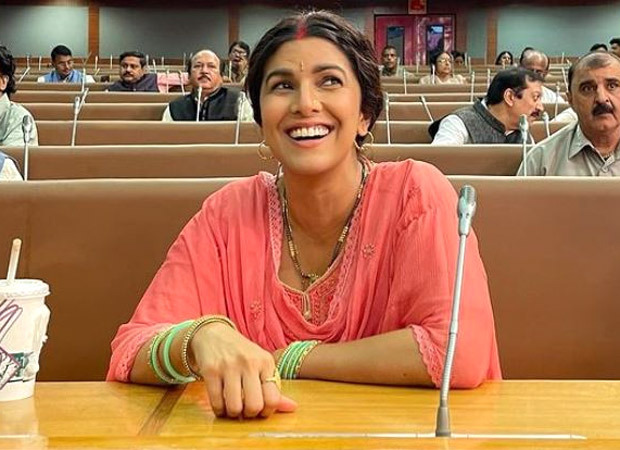 Nimrat Kaur wraps the shoot of Dasvi; says the character will be etched in her heart as the happiest and most thrilling

On Sunday evening, Nimrat Kaur took to Instagram and posted pictures from the film's set. Namrata, who is known for films like The Lunchbox and Airlift said that her character Bimla Devi Choudhary is one of her most unforgettable roles and took her to unexplored places. "There are unforgettable roles in an actor’s life and there are unexplored places you visit that come with it. Rarely do the twain meet. Bimla Devi Choudhary (aka Bimmo) is one such gift who’ll forever be etched in my heart as the happiest, most thrilling and fun place I got to explore through a part entrusted so encouragingly and lovingly to me!!," she wrote in the caption.

"I already miss her…and can’t believe a journey that began 10 months ago for me finally came to its joyous culmination through some of the most surreal times of all our lives. Nothing but the utmost gratitude to all the stolid pillars of #TeamDasvi!! See you at the movies," she added.