Nick Jonas is the cover star for British GQ for and he looks as sexy as ever. He revealed a few intimate details about his love life with wife Priyanka Chopra. He talked about how he has a makeout playlist and having one is extremely essential. He also talks about how he can never include his own songs in the playlist. 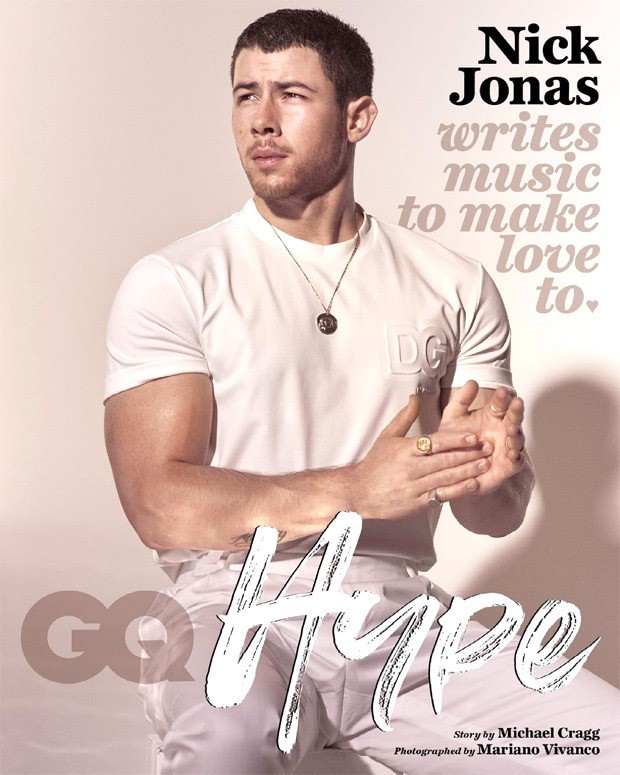 The Jonas Brother was seen dressed in multiple outfits for the magazine shoot. For the cover shoot, he wore a white Dolce and Gabbana round neck t-shirt with light brown pants.

In another picture, he is seen dressed in an all-white Ralph Lauren suit looking oh so dapper. He was also seen dressed in a white sheer Maison Valentino shirt where he flaunts his chest hair and is seen wearing a dainty silver chain with a round pendant. In another look, he's seen wearing a double-breasted blazer from Emporio Armani sans a shirt.

In another smoldering picture, he is seen dressed in a light knitted hoodie from Jacquemus and  Brunello Cucinelli shorts. For the last look, he was seen dressed in a crew neck white t-shirt from Hugo Boss and beige pants from Louis Vuitton.

Nick started his career very early on along with his brothers and has been in the headlines ever since. The Jonas Brothers have been the leading teen-pop band from 2007-10 and they have come back stronger than ever. Their 2019 song ‘Sucker’ was also nominated for Grammys. Nick has also won several accolades as a solo artist with songs like ‘Jealous’ and ‘Home’. He has also acted in several movies like Jumanji, Midway, and others.

Nick Jonas is also set to host the Billboard Music Awards 2021 which are going to air on 23rd May.