The year 2018 can be called the year of weddings. Priyanka Chopra got hitched to Hollywood popstar Nick Jonas on December 1st in Christian service and on December 2nd following the Hindu rituals. The beautiful wedding ceremonies took place at Umaid Bhavan Palace in Jodhpur in presence of both of their families. As the couple is enjoying their marital bliss, they are sharing cutesy moments from their wedding ceremonies that they will cherish forever. 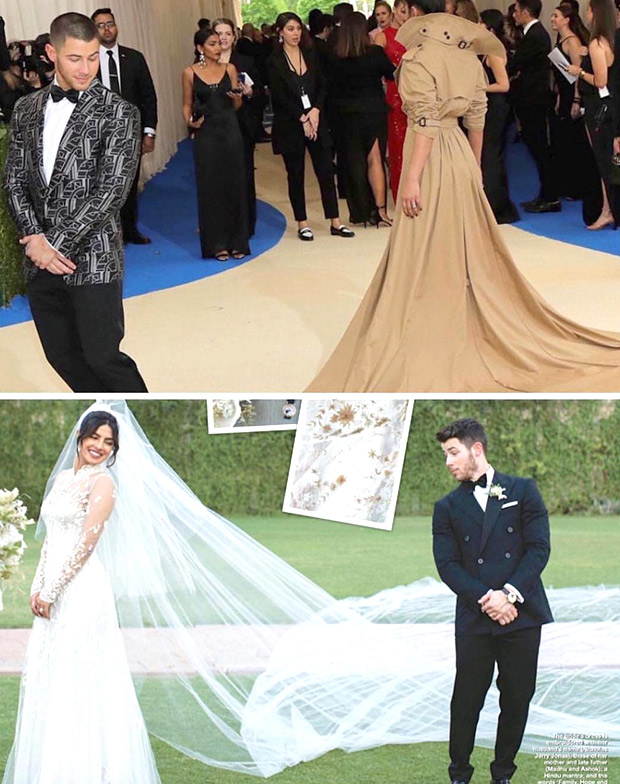 On Thursday, Nick Jonas shared a then and now photo of himself with Priyanka which had a moment from their Christian wedding along with a picture from last year's Met Gala which was the first time they made an appearance together as friends. As one may remember that Priyanka wore the trenchcoat dress with the longest train at the gala whereas her wedding gown also had the longest veil ever. So, the highlight of both the pictures are Priyanka's never ending trains and Nick trying not to step on them. Recreating the same moment at his wedding, he captioned the image, "Rule number one... never step on her train." Priyanka had a quick response and wrote, "You always knew mister." 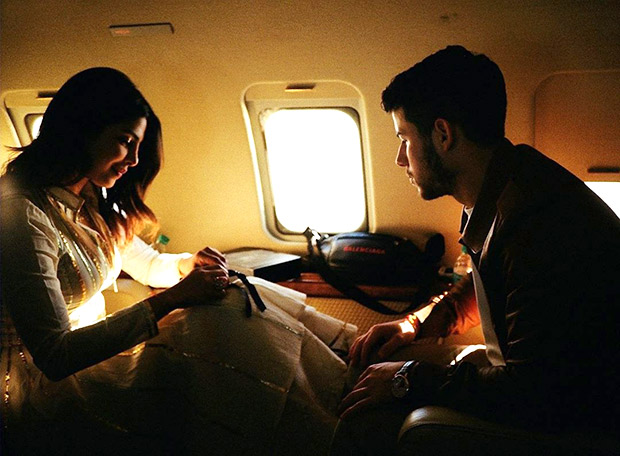 A couple of days ago, Joe Jonas shared a moment on his photography page on Instagram when the couple along with Joe and his fiance Sophie Turner had a taken a flight from Mumbai to Jodhpur for the wedding ceremony. The couple looked so in love in the flight picture.

Priyanka Chopra and Nick Jonas hosted a wedding reception in Delhi reception earlier this month which saw the presence of Prime Minister Narendra Modi. This was followed by a reception for media on December 19. Tonight, they will be hosting all their industry friends at the reception in Mumbai.