Star kids Navya Naveli Nanda and Shanaya Kapoor are besties and enjoy a massive fan following due to their glamorous style and classy looks. Daughter of actor Sanjay Kapoor, Shanaya belongs to a powerful Kapoor clan with various popular artists in her family. She is also ready to make a grand Bollywood debut soon and is often seen sharing her dance, photoshoot, and workout videos. 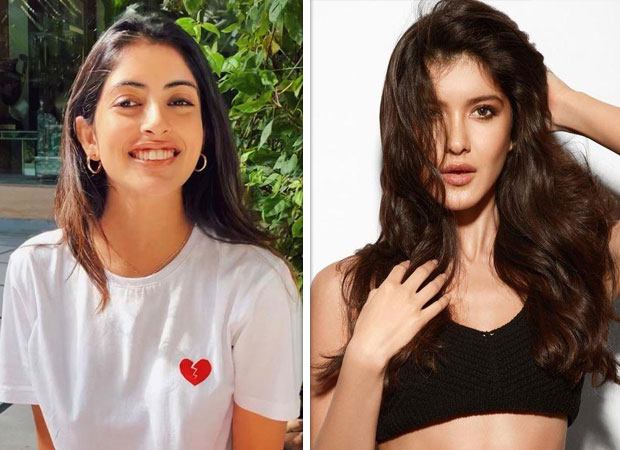 The 21-year-old budding actress shared a workout video of her wearing a black N blue crop top with printed black sweatpants on Instagram and captioned it, "getting there  @rohan_apte18".

She seemed to tell her fans that she is in the process of getting a perfect body and also tagged her trainer in her clip. Daughter of Shweta Bachchan Nanda and close friend of Shanaya, Navya Naveli Nanda praised her friend and commented "New heavyweight champion" in her comments section. Proud parents Maheep and Sanjay Kapoor also congratulated their little daughter for working hard. Head honcho of Dharma Productions, Karan Johar is said to launch Shanaya Kapoor in his upcoming film. She also worked as an assistant director for Karan Johar’s Netflix film Gunjan Saxena: The Kargil Girl.