Never Have I Ever is a show that made Maitreyi Ramakrishnan a household name as a result of her outstanding performance as Devi Vishwakumar, in this popular Mindy Kaling and Lang Fisher comedy. Recently, the third season of Never Have I Ever was released, and series regulars including Maitreyi Ramakrishnan, Darren Barnet, and Jaren Lewinson came back to reprise their roles. 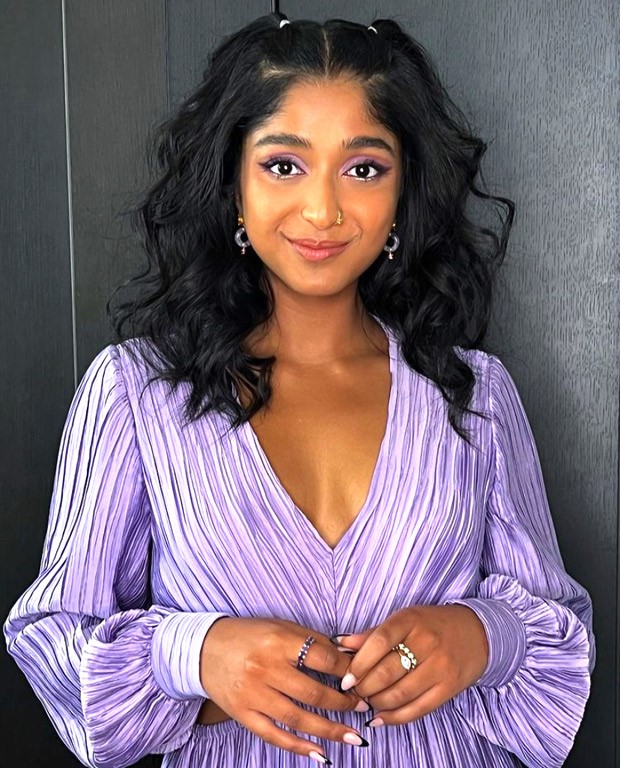 Never Have I Ever star Maitreyi Ramakrishnan looks chic in lavender mini dress worth Rs. 47K for Netflix series promotions

We are overjoyed that Never Have I Ever season 3 is currently available on Netflix and that Maitreyi Ramakrishnan is putting on major fashion goals to promote the show. The web series's promotion is spearheaded by the Maitreyi and she recently visited a number of South Asian eateries in New York City to mark the start of the new season of the show. The 20-year-old actress, dressed in a purple outfit, wandered the city sampling cuisine from Malaysia, Nepal, and Sri Lanka. Maitreyi put on a Lavender dress that she had picked up from Jonathan Simkhai's racks. The Lavender Mini Dress has a flirty long sleeve and is distinguished by a centre-front bodice piece that frames symmetrical waist cut-outs and a strap accent. Multi-dimensional mushroom pleating is used in the dress' construction to create a linear, psychedelic texture display. The cost of the garment is Rs. 47,188. She accessorised the ensemble with simple jewellery and strappy translucent heeled sandals. 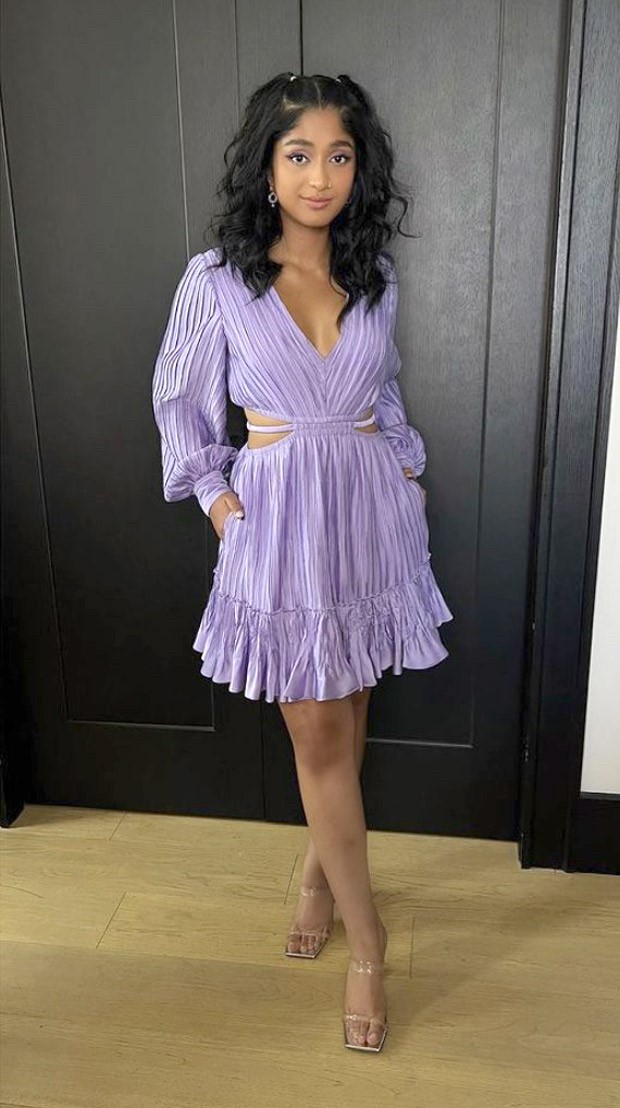 The real star of her glam makeup look is the eyes. Her purple eye makeup was bold & edgy. Her appearance was kept to a minimum. Glossy lips, a hint of highlighter, and blush on the apples of her cheeks completed her immaculate makeup look. She framed her face by wearing the rest of her hair casually falling in two ponytails.

Meanwhile, Never Have I Ever season 3 released on 12th august on Netflix. Maitreyi Ramakrishnan will be next seen in Netflix film The Netherfield Girls. 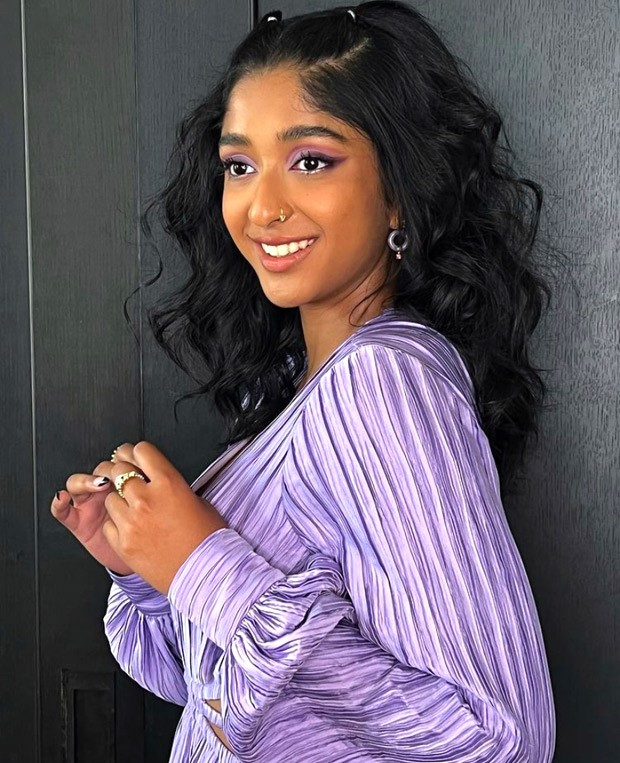