The first look at Stranger Things 4 Vol. 2 dropped Tuesday, June 21, and it teases a gigantic battle between Eleven and Vecna set to take place. 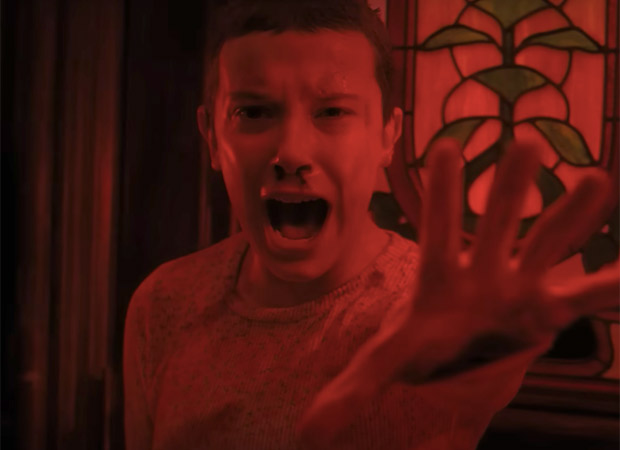 Set to “Running Up That Hill,” the 1985 Kate Bush song that recently topped the charts more than 30 years later thanks to its usage in Vol. 1, the super-sized, epic conclusion of this immensely popular thriller series dropped its official trailer this Tuesday. The series is set to premieres July 1 with its final episodes on Netflix.

It’s been six months since the Battle of Starcourt, which brought terror and destruction to Hawkins. Struggling with the aftermath, our group of friends are separated for the first time – and navigating the complexities of high school hasn't made things any easier. In this most vulnerable time, a new and horrifying supernatural threat surfaces, presenting a gruesome mystery that, if solved, might finally put an end to the horrors of the Upside Down.

Created by The Duffer Brothers, Stranger Things is produced by Monkey Massacre Productions & 21 Laps Entertainment with The Duffer Brothers serving as executive producers, alongside Shawn Levy and Dan Cohen of 21 Laps Entertainment, Iain Paterson, and Curtis Gwinn. “Having seen both those finale episodes, they are as emotional as they are cinematic,” producer-director Shawn Levy said. “Holy shit, they are definitely a treat for the eyes, but they punch you right in the heart. So, that’s what I’ll say about that.”

As The Hollywood Reporter notes, Stranger Things 4 Vol. 1 was overwhelmingly well-received by the audience. The release of the first seven episodes of the season also broke a viewing record for the streaming giant. The pair of Vol. 2 episodes will have a total runtime of nearly four hours, with Episode 408 clocking 1 hour, 25 minutes and Episode 409 clocking 2 hours, 20 minutes.

Watch the trailer below!