Janhvi, Khushi, and Shanaya Kapoor are the up-coming stars both in their own family and in Bollywood. They are frequently seen together and have a thick bond. While promoting her forthcoming film Good Luck Jerry, Janhvi Kapoor took a break to join her cousin Shanaya Kapoor in welcoming her sister Khushi Kapoor home. Khushi Kapoor's return from her Ooty where she was shooting for her debut film The Archies, was celebrated by Janhvi by hosting a party with their favourite cousin Shanaya Kapoor. The three famous star kids were spotted in glam outfits as they posed for a photo together, brightening up Mondays. 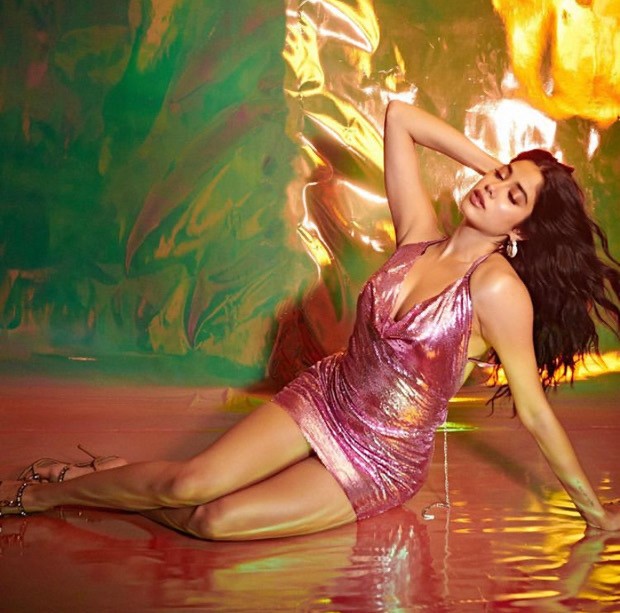 The internet has been flooded with images of the three having a good time together. The three sisters posed for a photo and it was uploaded on Instagram by Janhvi. Janhvi was dressed for the event in a short, bright, pink metallic dress with an open back. She left her long hair open and opted for a dewy makeup look with glossy lips and shimmering eyes. Khushi matched Shanaya's strapless mini dress with a similar strappy dress. Janhvi has posted another set of pictures. She was seen striking some enchanting stances while lying down on the floor in front of a metallic backdrop that matched her clothing. 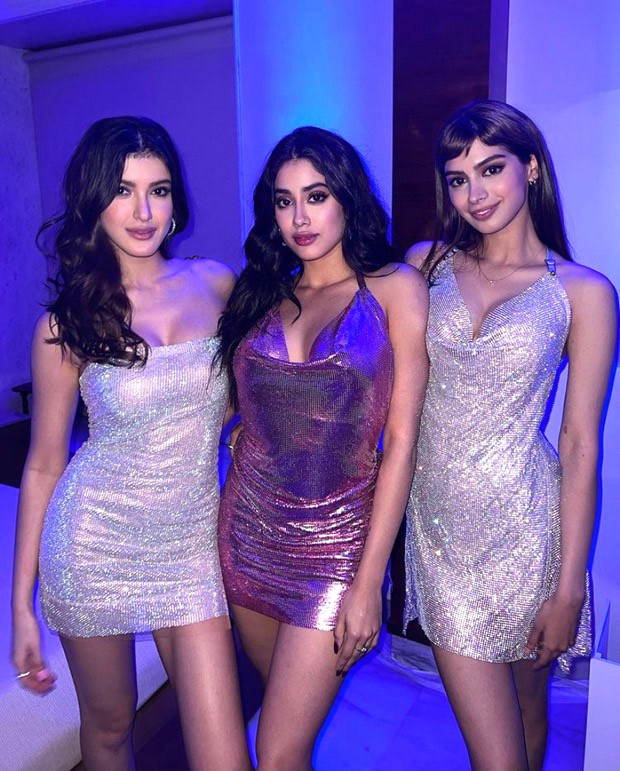 The photos that followed showed Janhvi posing beside her companions. In a brief video, she is also seen dancing during the gathering. Another photo shows Janhvi standing beside Shanaya, Ananya, and their pal Orhan. Ananya was spotted wearing a beige dress with cut-outs. 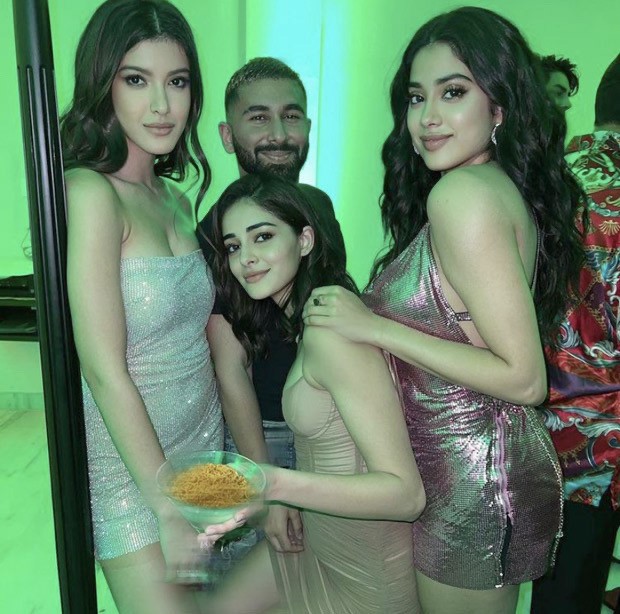