The past few months were quite hectic for Bollywood actor Arjun Kapoor as he was shooting for his upcoming film in Scotland and London. After working out for hours in the gym to spend time with his ladylove Malaika Arora, his 45-day work trip came to an end recently. However, it seems the actor is in no mood to take a break. 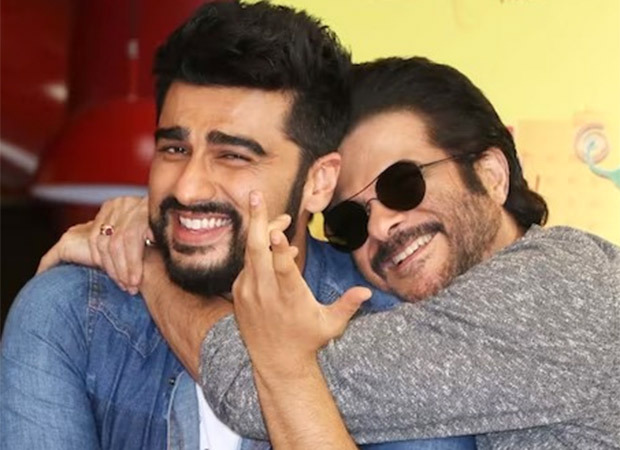 A day after sharing the post giving a peek into his 45-days in London, Kapoor dropped another video post on his official social media handle. In the video, Kapoor can be seen nervous while preparing for a character. From practising various emotions to diction, the actor can be seen indulging in different activities. At the end, he looked at the camera and said, “Take Sir”.

Then the video showed a black screen and “Dropping on November 2nd,” written on it. Instagramming the video, Arjun wrote, “It’s all about the process.” He also hashtagged “collab”. However, it’s the comment of Arjun’s uncle and actor Anil Kapoor that is grabbing attention. Anil wrote, “Be careful children... You are lifting the line of your uncle. You brought the style... Attitude also has to be brought... Take Sir,” in Hindi.

It will be interesting to see what this nephew-uncle duo will bring to the table for their fans. It is worth mentioning that this Kapoor duo has only once graced the silver screen together. They joined hands for Anees Bazmee’s Mubarakan, which was released in 2017.

Coming to their professional front, Arjun was last seen in Ek Villain Returns alongside John Abraham, Tara Sutaria, and Disha Patani. For the unversed, the Mohit Suri directorial was the sequel of Sidharth Malhotra and Riteish Deshmukh film. Whereas Anil was last seen in Jugjugg Jeeyo. The family drama featured Varun Dhawan and Kiara Advani. It also marked the comeback of veteran actress Neetu Kapoor.