The fact that Vidya Balan is making her debut in Tamil is a fact known to all. The actress is expected to do a small role in the forthcoming Pink remake. The film titled Nerkonda Paarvai will feature the actress alongside Thala Ajith and not just that, she is also quite excited to work with Boney Kapoor, who is the producer of the film.

Vidya Balan took to Instagram to share a rather special message as her Instagram story. The actress thanked Boney Kapoor for making her a part of the film and also sent across the best wishes to the film’s team. Interestingly, Boney Kapoor is making his debut in Kollywood as a producer. She said, “Congratulations Boney Kapoor on completing your first Tamil film. Glad to be a small part of this special one.” 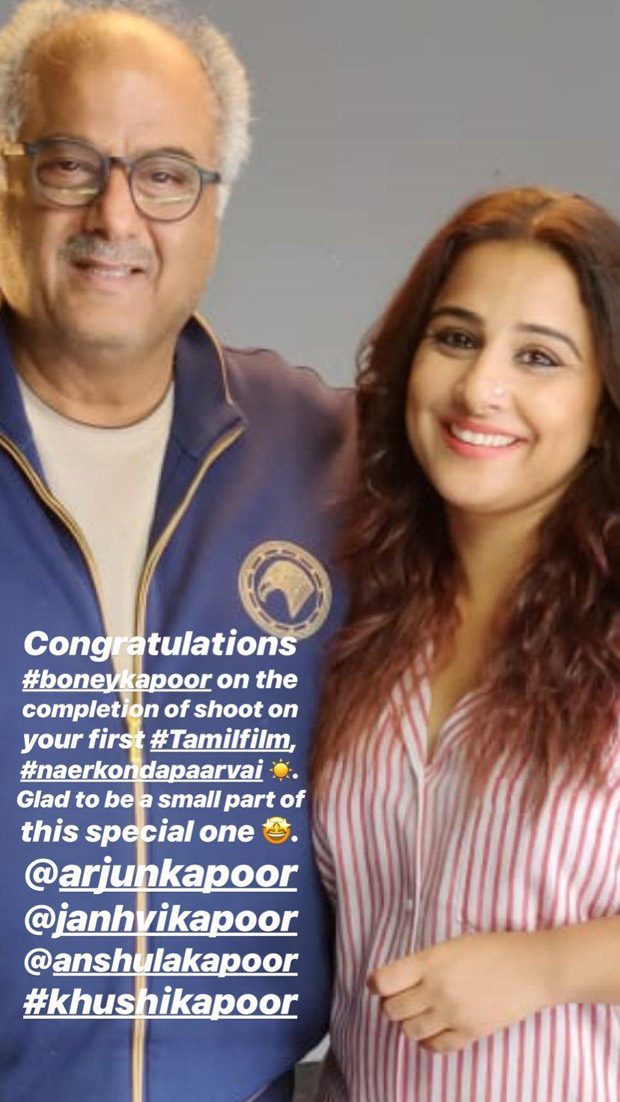 Nerkonda Paarvai stars Shraddha Srinath, Andrea Tarang, Abhirami Venkatachalam as the three protagonists in the courtroom drama. Interestingly, Andrea was also a part of the original Pink which starred Taapsee Pannu and Kirti Kulhari in lead roles. The film is directed by H. Vinoth and is slated to release on August 10, 2019.

Pink is a courtroom drama featuring the story of three female protagonists as they take down the sexual assaulters and at the same time, the film also manages to bring forth the various stereotypes associated with modern Indian women.