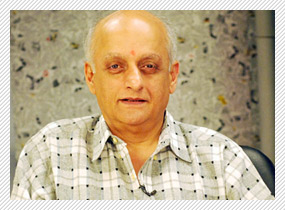 The current anti-Pakistan mood has taken its toll on Bollywood. Singer-actor Ali Zafar was not allowed to perform at a concert this week, thereby putting a question mark on all future collaborations between Bollywood and Pakistani artistes.

Of immediate concern is Mahesh and Mukesh Bhatt's prestigious thriller Murder 3 which stars the Pakistani actress Mona Lizza, now re-christened Sara Loren, who gets a glamorous re-launch in the film after a disastrous Bollywood debut in 2008 in Pooja Bhatt's Kajra Re.

“My heroine is not a Pakistani” – Mukesh Bhatt

The buzz is that there would be protests against Sara Loren's presence in India. But producer Mukesh Bhatt whose son Vishesh makes his directorial debut, is unfazed. Says the intrepid producer, "First of all, Sara Loren is not a Pakistani. She holds a Dubai citizenship. She has been living in Dubai for many years now. And even if an artiste working in our film is Pakistani, and we have worked with many very talented Pakistani artistes, I see no harm in that."

Speaking up vociferously on the issue, Mukesh says, "For God's sake, why are we mixing politics with cinema and culture? What happened with Ali Zafar (the cancellation of his concert in Pune) was very unfortunate. These are artistes. Let them be. It doesn't matter which side of the border they are from. They have nothing to do with the politics of the two nations."

Says Mukesh passionately, "As cultural ambassadors it is our duty to make artistes and sportspersons from any part of the world feel safe and comfortable when they are in our country, no matter what their nationality and what the politics of the country they belong to."

Mukesh Bhatt says he will continue to work with artistes from across the border. "We must do so. Murder 3 is a very important film for our banner. It launches my son as a director. We selected Sara because she suited the part. Her nationality has nothing to do with her being in the film. Let us become a mature society. Let's not look suspiciously at an individual just because he or she belongs to a particular country. It's time we grew up."