After Sanaya Irani starred with Barun Sobti in Iss Pyaar Ko Kya Naam Doon, the two have become really close friends and are usually seen hanging out together along with their respective significant others. From trips to Goa to brunches and dinners, these guys pose for the cutest pictures with their friends. 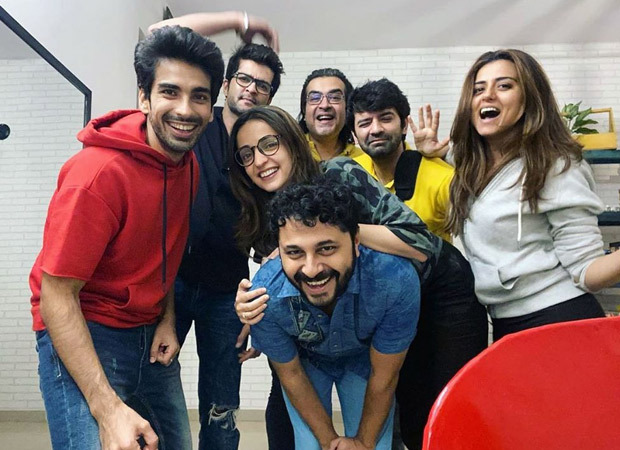 Sanaya Irani shared a super cute group picture with husband Mohit Sehgal, Barun Sobti, Ridhi Dogra, Raqesh Bapat, and Ganesh Hegde. The group had gotten together for a cozy outing and the pictures are surely going to leave you wanting a get-together as soon as possible. Along with Sanaya, Gautam and Ridhi also posted pictures.

Home is where a bunch of crazies are. Friends may be apart in distance and miles but never in hearts and minds. #SaturdayscenesSundaymood Special mention for special appearance by @iakshaydogra @karanwahi #pashmeen ????????

These guys have surely come a long way from Miley Jab hum Tum and Iss Pyaar Ko Kya Naam Doon. It surely will be a dream come true to have these guys star in a show once again!

Also Read: Mohit Sehgal and Sanaya Irani celebrate their fourth anniversary with pictures that are too cute for words!