South Korean filmmaker Bong Joon Ho and his film Parasite created his history at the 92 Academy Awards that took place at Dolby Theatre in Los Angeles on Sunday night. Finally, the Oscars truly became a representative of the world cinema as the South Korean film took home four Academy Awards amongst the six nominations that they had received. 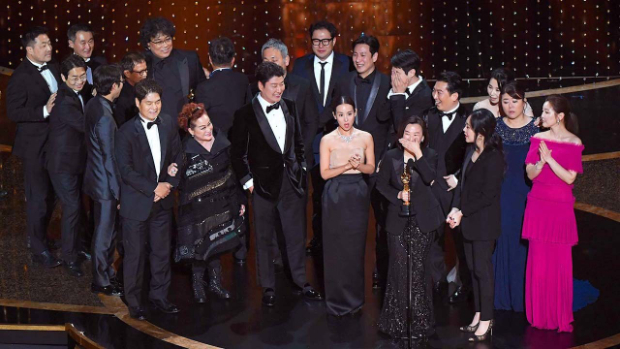 Bong Joon Ho created history by becoming the South Korean filmmaker to win Best Director award at Oscars 2020 followed by Best International Film and Best Original Screenplay with Han Jin Won. After winning the Best Director, Bong Joon Ho was surprised. Thank you. After winning the Best International Film, I thought I was done for the day and was ready to relax. "Thank you so much. When I was young and studying cinema, there was a saying that I carved deep into my heart, which is that 'the most personal is the most creative.' That quote is from our great Martin Scorsese. When I was in school, I studied Martin Scorsese's films. Just to be nominated was a huge honor. I never thought I would win. When people in the U.S. were not familiar with my films, Quentin always put my films on his list. He's here, thank you so much. Quentin, I love you. And Todd and Sam, great directors that I admire. If the Academy allows, I would like to get a Texas chainsaw, split the award into five and share it with all of you. Thank you. I will drink until next morning, thank you," he said via his translator Sharon Choi, who is an aspiring filmmaker herself.

They took home Best Picture becoming the first foreign film to do so. Producer Kwak Sin-ae took the stage to accept the award with the rest of the team of Parasite. "I'm speechless. We never imagined this to ever happen, we are so happy. I feel like a very opportune moment in history is happening right now. I express my deepest gratitude and respect for all the members of the Academy for making this decision," she said via their translator