Rani Mukerji has recently wrapped up a long schedule of the much awaited Mardaani 2, her next film. On the last day of the Rajasthan shoot, Rani received an incredibly special gift that got her overwhelmed. 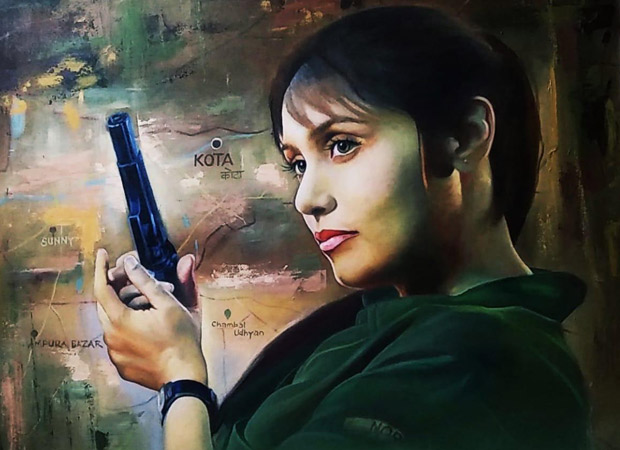 Mardaani 2: Rani Mukerji gets an unforgettable memento for her awesome work

“An art director of the film who is also a painter based in Jaipur, Babu Saini, is a really old acquaintance and a colleague of Rani. Babu and Rani had worked together first in Kuch Kuch Hota Hain, which is one of the first films of Rani in the industry. They go back a long way as colleagues and have fond memories of working together. He is also a huge fan of Rani’s work and he showed his huge appreciation for Rani by gifting a special portrait of her,” informs the source.

“When Saini presented her this portrait, Rani was very touched. He actually painted her in her Mardaani 2 look, a film that she is very proud of. She was overwhelmed and informed him that she will put this up in her house. It also shows the kind of affection and appreciation and respect that technicians and crew members have for Rani as a person and her body of work.”

A final schedule in Mumbai will complete the shooting for this YRF crime drama. Rani reprises the role of the fearless and committed Superintendent of Police, Shivani Shivaji Roy in Mardaani 2. She had delivered a knock-out performance in the superhit and hugely acclaimed prequel, Mardaani, in which she took on the kingpin of a child trafficking racket. There is a lot of anticipation about film and the film’s stills have generated huge interest amongst film buffs. Produced by Aditya Chopra, this will be Rani’s next release after the global blockbuster Hichki. Mardaani 2 marks the directorial debut of Gopi Puthran, the writer of the first Mardaani film.