Bollywood and theatre actor Manoj Joshi, who has had an immense contribution towards Indian cinema, was conferred with the prestigious Padma Shri Award. The award was felicitated by President of India, Ram Nath Kovind at the Rashtrapati Bhavan on April 2. 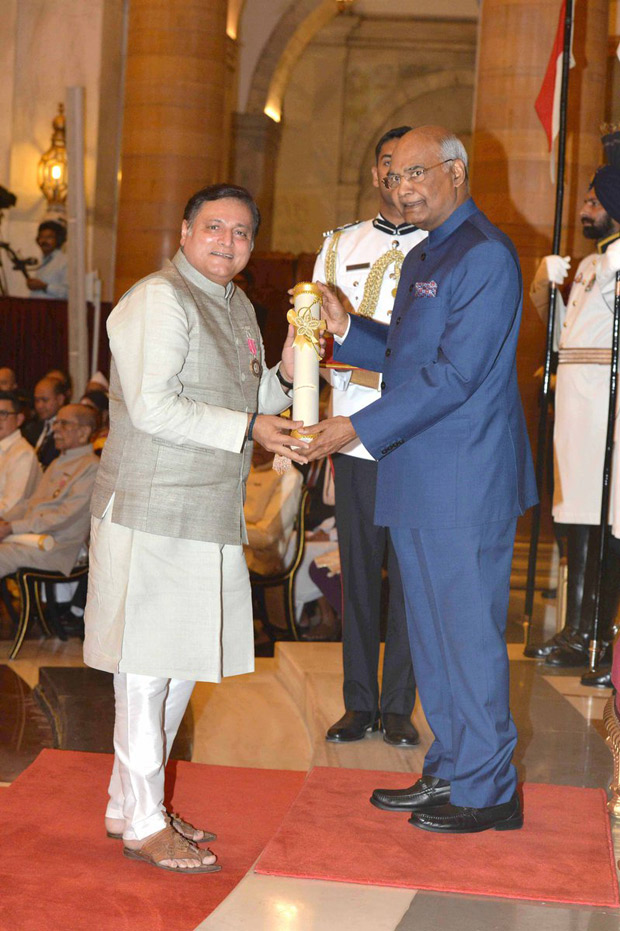 Manoj Joshi has been known for his tremendous work in TV in the role of Chanakya. He, then, went onto star in several Hindi and Gujarati films. He was seen in Hungama, Vivaah, Bhool Bhullaiya, Hulchul, Bhagam Bhag, Phir Hera Pheri, Chup Chup Ke. He is currently starring in Gujarati movies and plays.

Besides him, many other received the awards including former Indian Cricket Team Captain, Mahendra Singh Dhoni. MS Dhoni, who was received the rank of Lieutenant Colonel by the Indian Territorial Army in 2011, marched his way in the Army uniform to receive his Padma Bhushan honour. Amid huge applause from the dignitaries, President Kovind conferred him with his honour.