On 27th November, remembering Sandeep Unnikrishnan on his death anniversary, his parents along with actor Adivi Sesh, who reprises his role in the upcoming film 'Major' based on the late Major's life, visited the NSG camp in Powai, named after Sandeep Unnikrishnan. 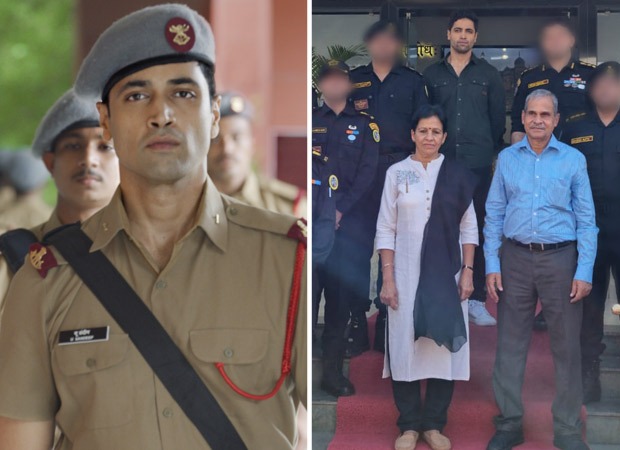 Sandeep's parents received an invitation from the NSG camp in Powai for a visit to honour the national hero's memories, as they were already in Mumbai for the Taj Memorial Visit on 26/11. Mr and Mrs Unnikrishnan requested Sesh to join them as he portrays their son's role in the upcoming film 'Major'.

At the NSG camp, Sandeep Unnikrishnan's parents and Adivi Sesh were given a brief tour of the venue alongwith discussing the training of the young NSG soldiers, post which the officers joined the parents for lunch.

Talking about the experience, Adivi Sesh shares, "I feel extremely blessed to receive an opportunity to visit the NSG camp and spend time with the brave heroes that fight for the nation. Over the course of the film, I have been privileged to interact with soldiers across the nation and learn their life stories. Most importantly, I'm extremely grateful to my uncle and aunty (Sandeep's parents) for deeming me worthy enough to be a part of the experience.

Recently, Team Major paid an ode to the memories of the late Major Sandeep Unnikrishnan marking 13 years of the 26/11 Mumbai attacks, in the presence of parents of the braveheart who laid his life for the nation. 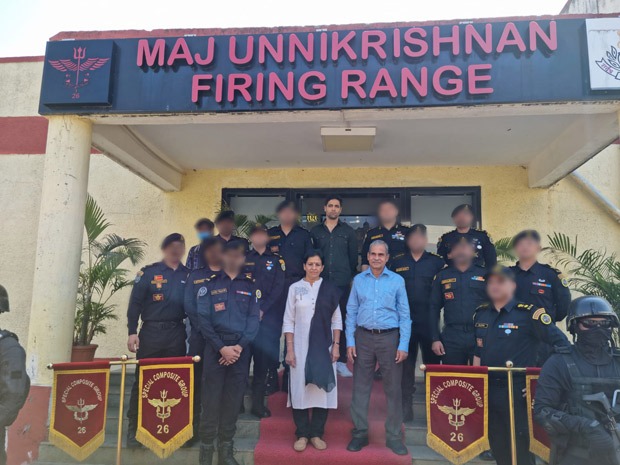 Bringing to screen the untold story of Major Sandeep Unnikrishnan, the multilingual film 'Major' traces the braveheart's journey from childhood, teenage, glorious years in the army to the tragic events of the Mumbai attack where he martyred, touching upon the different aspects of his being. Mounted on a large scale, the team earlier shared the teaser, with a surge of emotions, the visually stunning teaser struck a chord with the audience generating anticipation for the film.

ALSO READ:Adivi Sesh to remember the heroics of 26/11 Mumbai attack martyrs along with Sandeep Unnikrishnan’s parents at Taj Mahal Palace