Last Updated 18.01.2022 | 10:59 AM IST
feedback language
follow us on
Bollywood Hungama » News » Bollywood Features News » Kangana Ranaut visits Mathura after a day after being bombarded by farmers in Punjab

Actress Kangana Ranaut was bombarded by the farmers in Punjab's Kiratpur Sahib on Friday by protesters. The farmers demanded an apology for her statements against farmers who had been campaigning against the centre's controversial farm laws. 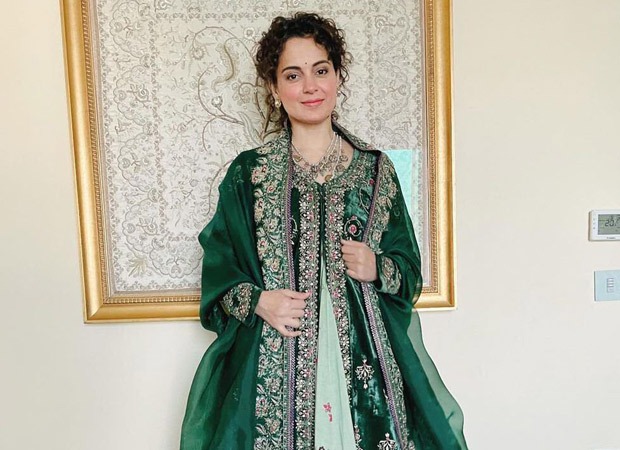 A day after being bombarded by the farmers, the actress has now headed towards Mathura. Taking to her Instagram, she has now shared pictures of visiting Shri Krishna Janam Bhumi in Mathura on Saturday. For her visit, Kangana opted for a dark green Anarkali suit and completed her look with pearl jewellery. Sharing the picture, the actress wrote, "Beautiful day driving from Delhi to Mathura …. For Krishna janmbhumi darshan… what a fortunate day".

On the work front, Kangana Ranaut will be next seen in the film Dhakkad opposite Arjun Rampal. The film is slated for a theatrical release on July 8, 2022. Besides that, she also has Tejas with Sarvesh Mewara.

ALSO READ:Kangana Ranaut wishes sister Rangoli for her birthday with an adorable picture