Fatima Sana Shaikh, being under such a hectic schedule, has shared a sneak-peak into one of her upcoming projects titled Ludo and shared a still with Rajkummar Rao. 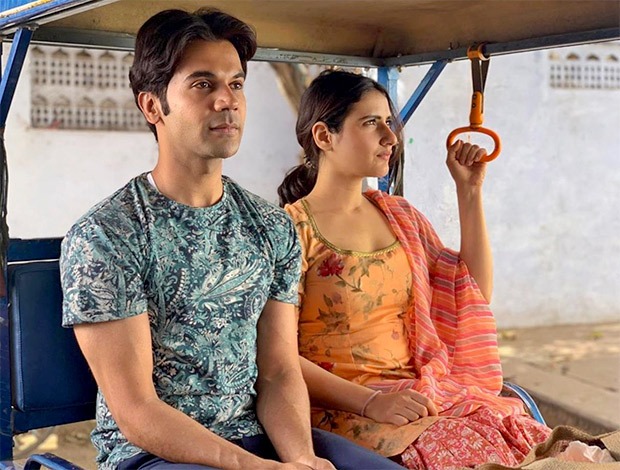 The actress took to her social media and posted the teasing picture with the caption, “#ludo @rajkummar_rao”. Seen in the still is Fatima along with her co-star Rajkummar Rao in a simple setup sitting in a rickshaw. Dressed in salwar suit with minimal makeup and braided tresses, she is giving us next door vibes.

Next up, Fatima will also in Sooraj Pe Mangal Bhari along with Manoj Bajpayee and Bhoot Police with Saif Ali Khan. Rajkummar Rao's next release is Chhalang starring alongside Nushrat Bharucha.

ALSO READ: LUDO: Fatima Sana Shaikh is trying to be sexy in these series of photos