Kartik Aaryan, who has recently wrapped up shooting for Imtiaz Ali's next film tentatively titled Love Aaj Kal 2 in Manali, has shared many behind the scenes moments with Sara Ali Khan and his director. Along with them, the actor now has a new friend and she is the cutest. 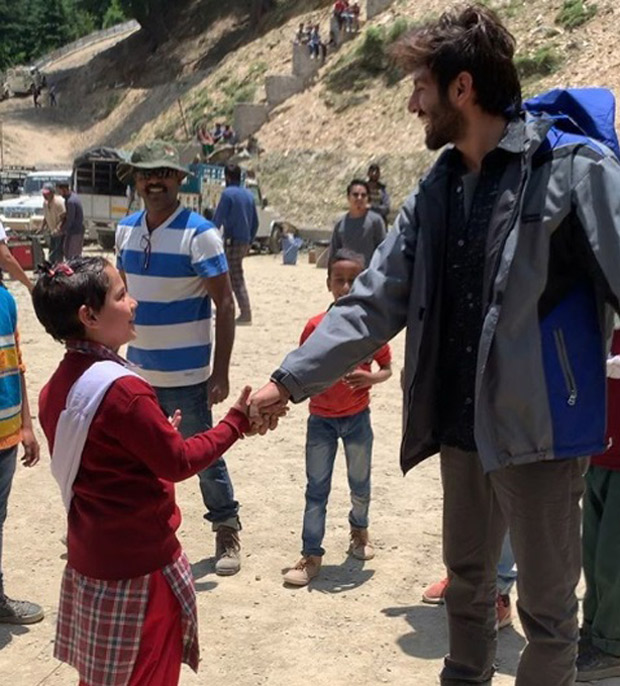 In the video shared by Kartik Aaryan, he was seen playing with the kids in Manali. He captioned the video as, "Playing around with my new bff."

Playing around with my new bff

Earlier, Kartik Aaryan penned a beautiful note for Sara Ali Khan after the wrap up of the film. He wrote, "When Veera says, "...Par yeh raasta, yeh bahut accha hai. Mein chahti hoon ki yeh raasta kabhi khatam na ho." This is what shooting with @imtiazaliofficial feels like. 66 days were wayyy too less. It's a wrap. A film I never wanted to end. Thank you to my dream director.. And couldn't have asked for a better saathi in this journey than Princess @saraalikhan95 Want to work with you again and again and again. Imtiaz Ali’s next with @saraalikhan95 and @RandeepHooda. Releasing on 14th Feb 2020."