Ever since Sara Ali Khan admitted that she would like to date Kartik Aaryan on the episode of Koffee With Karan 6, netizens have wanted them to be together. All the wishes came true but in the form of a movie. The duo just wrapped up Imtiaz Ali's romance drama tentatively titled Love Aaj Kal 2. The film was completed in Himachal Pradesh. After the wrap up, both of them shared photos and heartfelt posts are each other on Instagram adding more fuel to fire. 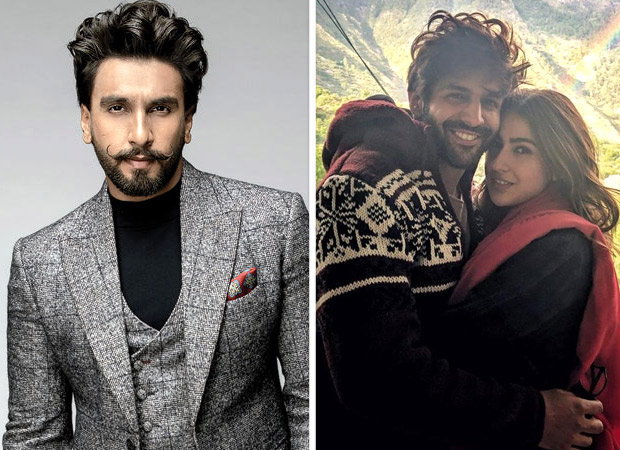 And then Ranveer Singh decided to chime in as well. While the two actors seem to be very comfortable in each other's company, it is unclear whether they are dating or just friends. Their photos from the wrap give the glimpses of their undeniable chemistry. Ranveer left a cheeky comment on Simmba co-star Sara Ali Khan's Instagram post which read, “So cute! Bhoolna nahi sabse phele kissne milwaya thha…”

One might remember after the KWK 6 episode, Sara Ali Khan had attended an award show with Ranveer Singh where the latter introduced her to Kartik Aaryan. The video from their first meeting had gone viral as two stars could not stop blushing. 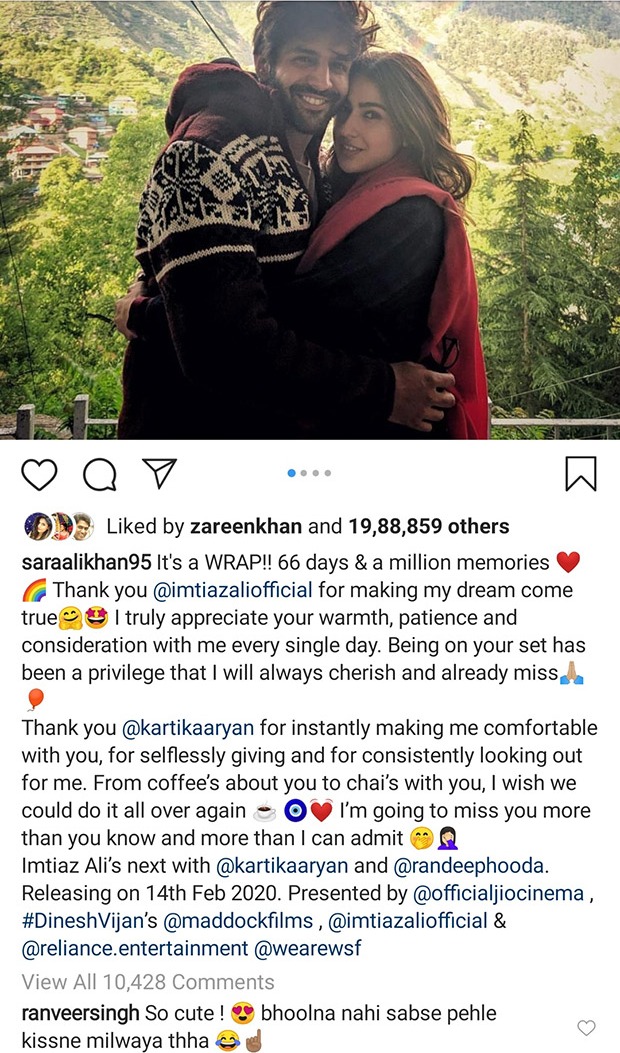 Meanwhile, Kartik Aaryan and Sara Ali Khan starrer is set to release in February 14, 2020. Ranveer Singh, meanwhile, is shooting for '83 which is set for April 20, 2020 release.