The Marathi film industry is abuzz about that the film Baba being produced by Sanjay Dutt and his wife Maanayata Dutt. The film is co-produced under their banner Sanjay S Dutt Productions, with Ashok Subhedar and Aarti Subhedar of Blue Mustang Creations. The curiosity for the film went northward after the teaser was unveiled today. The teaser gives an idea about the story that revolves around a sweet boy unable to speak. He is happy and enjoying with his parents in his small world perched atop a hill. The movie will hit the silver screens on August 2, 2019. 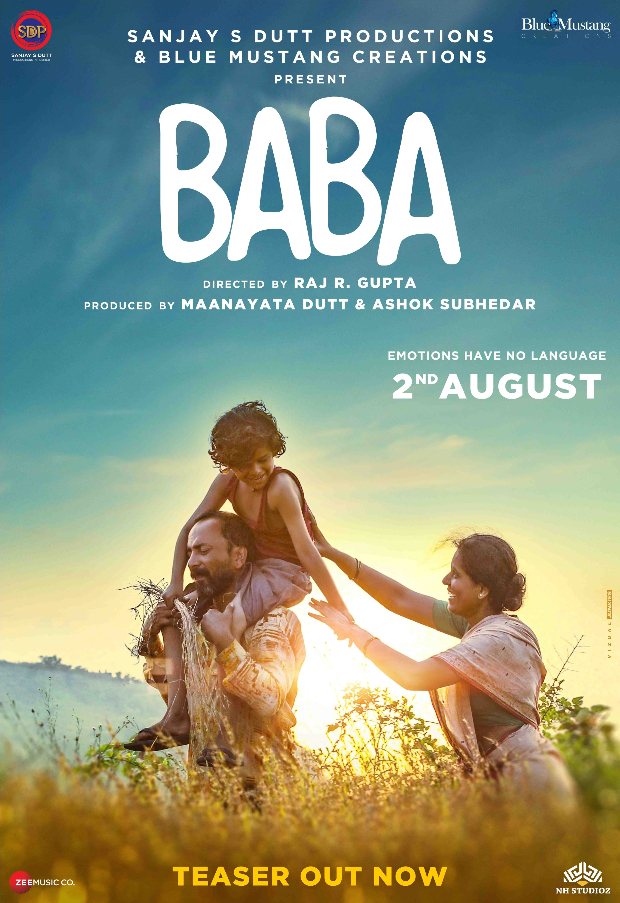 The first poster of Baba received an overwhelming response and the producers now have released the first teaser of the film. The teaser has further invoked the curiosity about the film, which comes with the tagline ‘Emotions Have No Language,’ which aptly highlights the message that it is a story of the father & son and their journey through life.

Ashok Subhedar of Blue Mustang Creations says, "Baba is a story by Manish Singh – well directed by Raj R Gupta and Set in a scenic coastal village of Konkan. This is a story that will resonate with every age group, for its simplicity and innocence.”

Raj R. Gupta, the director of Baba, says “I truly believe emotions have no language and this has been beautifully conveyed by the actors in our film. It is a bittersweet tale of how a family pursues happiness over everything."