Filmmaker Karan Johar has been sharing some of the funniest videos of his twins Yash Johar and Roohi Johar amid nationwide lockdown. With his series 'Lockdown With Johar' the filmmaker shares everyday conversations with his twins. Today, Karan shared another video which he captioned as, "He’s a jewel thief !!!!" 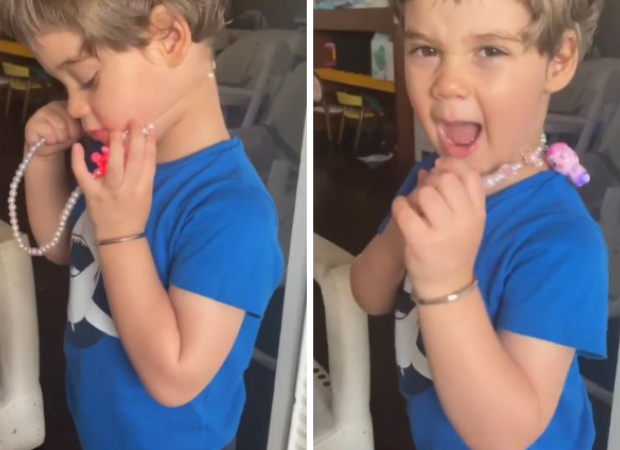 Meanwhile, a few days ago, Karan Johar took to social media to reveal that two members of his household staff have tested coronavirus positive. He said that rest of his family members and staff have tested negative and are currently under 14-day isolation.

ALSO READ:“Teaching Yash and Roohi to conserve water too” – says Karan Johar, who is urging citizens to be conscious about water conversation