You could well call it an adage in the context of Hindi cinema: For every Sholay there is a Jai Santoshi Maa. In the era of Tiger Zinda Hai and Padmaavat, we therefore have a Sonu Ke Titu Ki Sweety that has collected over Rs. 45 crore in week one alone. Yes, by today’s standards, it is a medium (not small)-budget film backed by a big banner (T-Series), but the way the film has been received minus known stars at a time when audiences have become ruthless stands out, even if this film may finally /fall short of the blockbuster level of the 15 films we are going to talk about. 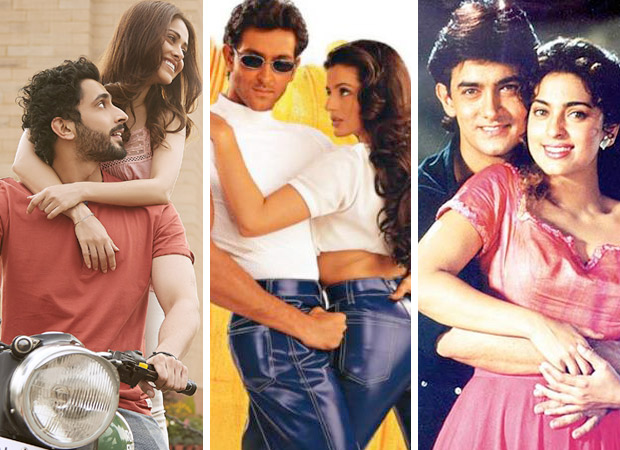 Every now and again comes a blockbuster Hindi movie from which, at the time of release, no one expects anything at all—box-office-wise at least. But such a dark horse sweeps past competition to rank, usually, among the top three hits of the year. The complete package scores—the music that creates the initial vibe, the emotional connect despite the absence of stars (many such films create new stars) and the all-important word-of-mouth. And wonder of wonders, not all such films are “U” rated either!

In this list, we should, ideally, add blockbusters like Bobby, Love Story, Betaab, Hero, Qayamat Se Qayamat Tak, Kaho Naa…Pyaar Hai and Dhoom. But we bypass them simply because of the hype these films carried thanks to the big names that produced them (mostly for their kin), the relatively higher budgets for such non-star-cast films, and their superb marketing for an era in which today’s overdrive in promotions and digital hype did not exist. On the other hand, Maine Pyar Kiya romps in on the strength of its degree of success from a banner that had not seen success for almost a decade as a film that aimed to be a humble movie!

Rattan (1944):
Produced by Kardar Studios, this film is considered among the all-time biggest hits of Hindi cinema. Directed by M. Sadiq, who later directed hits like Guru Dutt’s Chaudhvin  Ka Chand, its star was Naushad’s music (‘Ankhiyaan Milake Jiya Bharmake’, ‘Milke Bicchad Gai Ankhiyaan’) with lyrics and script by Dinanath Madhok. So small was the cast that they were mentioned in a heap in the middle of the opening credits! The production cost was Rs 75,000 but the gross box-office collection was a crore—minus any inflation adjustment! And Rs. 3 lakh came in as royalties for the music!

Jhanak Jhanak Payal Baaje (1955):
The 1955 dance drama with classical music by Vasant Desai ranks among the highest contemporary Hindi grossers of V. Shantaram. The film had Sandhya (Shantaram’s second wife) and choreographer Gopi Krishna in the lead. Besides winning the National award and four Filmfare awards, it was the third highest-grossing movie in 1955, ranking next only to Raj Kapoor’s Shree 420 and Dilip Kumar’s Azaad.

Dosti (1964):
This film was made on a budget that must have been a fifth of Sangam and yet collected half the amount of Raj Kapoor’s super-hit. It swept seven Filmfare awards, and ran for 50 weeks minus a single star. Marathi actress Uma acted in it, two newcomers (Sushil Kumar and Sudhir Kumar) were the heroes and future big name Sanjay Khan made his debut in this black-and-white melodrama in the era of color. In days when the best ticket at the best cinema halls was not more than Rs 2, it grossed Rs. 2 crore!

Jai Santoshi Maa (1975):
In the year Sholay released, Jai Santoshi Maa grossed almost as much in that year (Sholay continued its run, of course, for years), on a thin budget, grossing Rs. 10 crore worldwide on a production cost of Rs. 5 lakh! The devotional prevented Salim-Javed, Amitabh Bachchan and R.D. Burman from having the two biggest hits of the year in Sholay and Deewaar, which had to slip into the third position! It starred Asis Kumar, Kanan Kaushal and Anita Guha as the goddess. Know any of them, GenY?

Noorie (1979):
It was a joke than that because Yash Chopra had delivered several blockbusters in a row, so he made this film where the heroine is killed and her dog takes revenge so that he could show losses for his income-tax records. However, the film, starring Poonam Dhillon (in her first solo lead) and TV persona Farouque Shaikh and directed by old-time actor Manmohan Krishna emerged a super-hit and the third biggest hit of that year, while Chopra’s 1979 biggie, Kaala Patthar¸ lost money!

Ek Duuje Ke Liye (1981):
Yes, Prasad Productions was a big banner, but it was passing through a bad phase. Besides, this North-South Indian love story had two rank newcomers—Kamal Haasan and Rati Agnihotri—for Hindi cinema as the star-crossed lovers, ended in tragedy, and was directed by K. Balachander, who had directed a flop in Hindi films. There was, for the first time, even a South singer (S.P. Balasubramaniam) singing all five songs for the hero. Towering above films like Laawaris, Love Story, Kranti and Naseeb, the film became the year’s biggest money spinner, raking in ten times the investment! 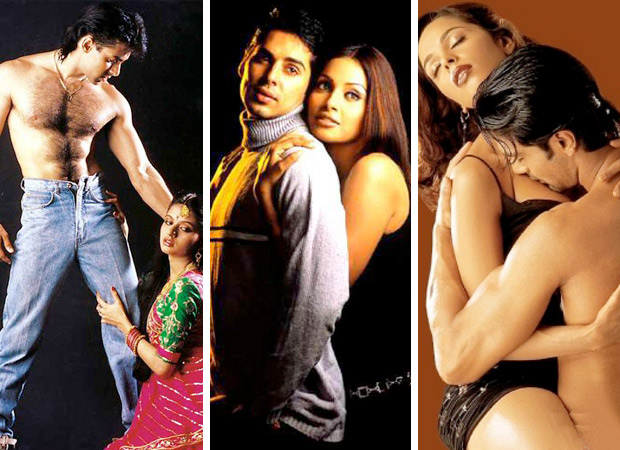 Maine Pyar Kiya (1989):
Rajshri Productions had given 12 flops in the 1980s. A young model (Salman Khan) was the hero, and television’s Bhagyashree the leading lady. A new director (Sooraj R. Barjatya) and a small-time composer (Raamlaxman) all gave the impression of a small-budget film. Released on the penultimate Friday of the year, it actually became bigger than blockbusters like Ram Lakhan, Tridev and Chandni, all mega-spinners. Today, it not only is Salman’s launch-pad but also one of the all-time biggest hits in Hindi cinema history, like Rattan.

Raaz (2002):
The Vikram Bhatt horror drama had the one film-old Bipasha Basu (after her negative role debut in Ajnabee) with a one flop-old Dino Morea and a debutant-who-disappeared-after Malini Sharma. Adult movies rarely come into the blockbuster cadre minus top stars—but this one did, striking a pan-Indian resonance with its pativrata theme, Nadeem-Shravan’s hit music and the scare quotient. In a weak year, it outshone every film at the b-o.

Page 3 (2005):
Madhur Bhandarkar’s star-less wonder made history with its unconventional subject and realistic treatment. In the return of investment ratio, it was a towering hit, so big that Bhandarkar Xerox-ed its style for years to come, obviously without the same kind of results!

Malamaal Weekly (2006):
In Priyadarshan’s most unique film, a dead body (enacted by South actor Innocent) was the ‘hero’ alongside Paresh Rawal and Om Puri. The dark thriller comedy made over six times its investment.

Bheja Fry (2007):
A complete rip from a French film, this Sagar Ballary-directed dark comedy featuring an ensemble non-star cast (Sarika, Rajat Kapoor, Vinay Shukla) was made in peanuts but earned humongous money with its repeat power. 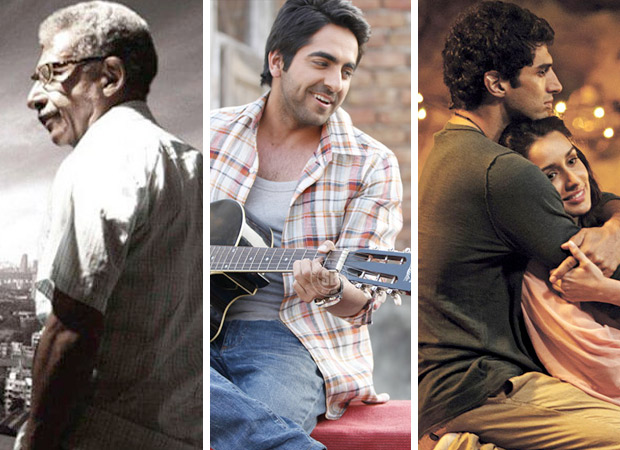 A Wednesday! (2008):
No songs, no stars, and an ensemble solid cast led by Anupam Kher, Naseeruddin Shah and Jimmy Sheirgill. A solid script with which every Indian identified, set against the terrorist backdrop, ensured that theatres kept multiplying until week three, and the Housefull boards took a while to go. This was writer-director Neeraj Pandey’s smash entry into Hindi cinema.

Vicky Donor (2012):
John Abraham produced this wondrous film on sperm donation, whose humour was cleaner than a sterilized surgical glove. Starring fresh names Ayushmann Khurrana and Yami Gautam and giving us a bright directorial debutant in Shoojit Sircar, it opened slow but became a storm by day two.

Aashiqui 2 (2013):
Mahesh Bhatt and T-Series decided on a musical sequel to Aashiqui and in pure business, if not the music’s popularity, it eclipsed their original. The lead cast was known for their flops (Shraddha Kapoor and Aditya Roy Kapur), the film was a tearjerker, two songs (‘Tum Hi Ho’ and ‘Sun Raha Hain Na Tu’) were big, and somehow, GenY, used to a more flippant kind of romance, identified with this homespun all-pervading love and took this film to the skies.