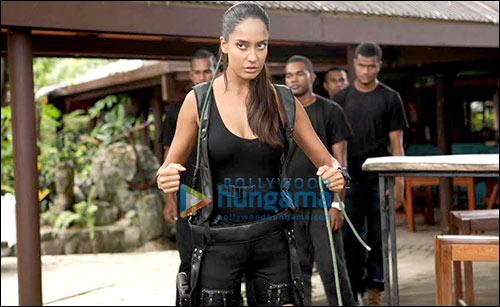 So far we have seen as the stunning Lisa Haydon as a model and someone who can play roles that were more like the 'girl next door' mode. But, one has to wait till you see her in Akashdeep Sabir's Santa Banta.

A source close to the actress said that, the film will see Lisa Haydon not just doing high octane action sequences, but also fighting the goons. The same source added that her character has been inspired by the very famous Hollywood character Lara Croft and that Lisa Haydon has especially trained in martial arts for a month.

Besides Lisa Haydon, Santa Banta also stars Neha Dhupia with Boman Irani and Vir Das. While the film is being produced by Viacom 18, it will be distributed by Viacom 18 and Eros International.