Last Updated 30.09.2022 | 12:26 PM IST
feedback language
follow us on
Bollywood Hungama » News » Bollywood Features News » “I learned a lot while working with Boman, he is a very brilliant actor to work with,” says Upasana Singh from Masoom

In a daughter’s quest to unearth the truth, who can she trust when her family wishes to hide the truth under the garb of love and protection? After topping the chart with some fantastic thriller shows, Disney+ Hotstar is ready to pack a punch with another nail-biting psychological thriller, Masoom. Set in Falauli, Punjab, the series will unfold the unspoken truths that cloud the lives of the Kapoor family, where complex relationship dynamics change with time and ambition. The six-episode series, releasing on 17th June, will see the digital series debut of the indelibly talented actor Boman Irani and rising star Samara Tijori showing another side of the coin of a complex father-daughter relationship. 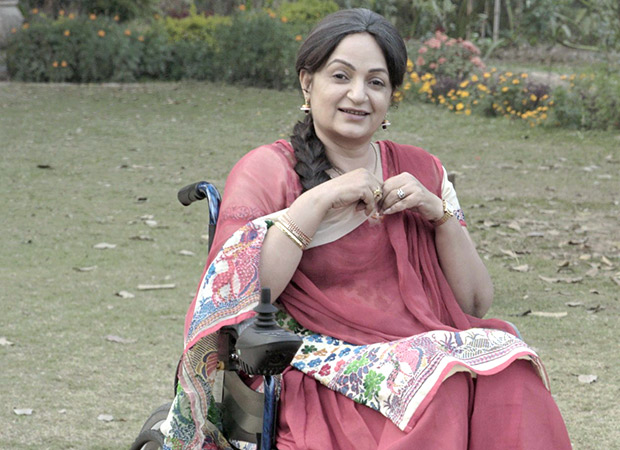 “I learned a lot while working with Boman, he is a very brilliant actor to work with,” says Upasana Singh from Masoom

Actors always express that acting is a lifelong journey, wherein they hone their craft constantly. There are times when an actor gets to work with like-minded artists who share tips, and make them comfortable which enables them to give a star-studded performance. A similar incident happened with Upasana Singh on the shoot of Disney+ Hotstar’s Masoom while working alongside Boman Irani. She shared her experience of working with her talented co-actor in her own words.

Upasana Singh said, “What shall I tell you about Boman Ji. He's such a beautiful, good-natured and down-to-earth human being. He is a very brilliant actor to work with, very comfortable. I don't think I would have been this comfortable working with someone else, he made it so easy and friendly that I was able to do all my scenes. Whenever you watch the show you will see that chemistry, you cannot say that we're not husband and wife. But I really enjoyed working with him. There are probably very few actors with whom I have felt so comfortable.”

Hotstar Specials’ Masoom, directed by Mihir Desai and helmed by Gurmmeet Singh as the showrunner, is an Indian rendition of the award-winning Irish series Blood, exploring family ties and deception after losing a loved one. The show is produced under the Dreamers & Doers Co. banner, a premium content studio owned by Reliance Entertainment. Joining the lead cast will be Manjari Fadnis, Veer Rajwant Singh, Upasana Singh, and Manurishi Chaddha, amongst others. The series also features a soulful soundtrack composed by the famous Anand Bhaskar Collective.

Tune into Disney+ Hotstar to discover the story of the Kapoors on 17th June 2022.

ALSO READ: “It’s nice to do a debut at 62 years of age,” says Boman Irani about his OTT debut with Masoom