The recent leap of Bade Achhe Lagte Hain 2 showcased a major twist in the story line with Ram and Priya leading separate lives for five years. While Priya spent a few years in prison and managed to lead her life alone with daughter Pihu, she reunited with her family recently after Sara announced her wedding with Ram’s best friend Vikrant. With Ram going to the extent of breaking his friend’s relationship, will his attempt to keep Soods at bay be successful? 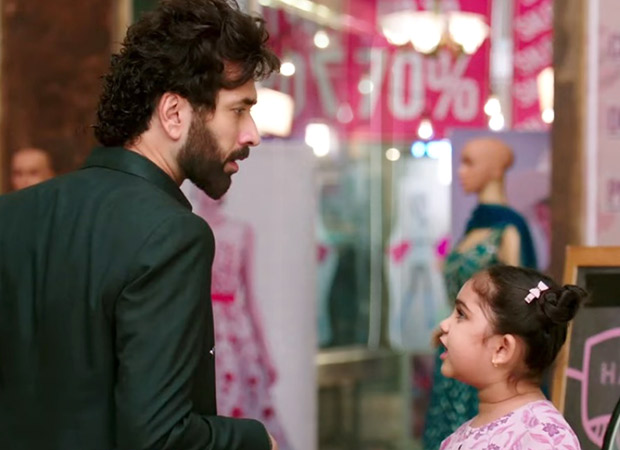 Tonight’s episode of Bade Achhe Lagte Hain 2 will feature a major twist with Pihu and Ram meeting each other. Viewers would be aware that Priya and her sisters decide to go shopping as a part of Sara and Vikrant’s wedding preps. After much convincing when Priya agrees with complete assurance from Sandy that she will not bump into Ram, their plan goes haywire when Ms. Sood manages to eventually see Mr. Kapoor in the same mall. On the other hand, another unexpected meeting that the upcoming episode will feature will be that of the father and daughter.

Ram is still unaware of Pihu being his daughter but the little one seems to be his replica. The two of them bump into each other during Sara’s shopping spree where they are seen fighting over the choco-chip cupcake. The shopkeeper has only one and while Ram initially succeeds in winning the argument of who gets the cupcake, he lands in a fix when the woman, he is on date with, follows him. To save himself from trouble, he strikes a deal with Pihu, who puts forth her idea of helping him in exchange for the cupcake. As soon as the girl nears them, Pihu addresses Mr. Kapoor as ‘Papa’ leaving him stunned.

Will Pihu and Ram ever know the truth about each other? Will he see how similar she is to him? Will he find out Priya’s truth?

Also Read: Bade Achhe Lagte Hain 2: Will Priya and Ram meet each other? Will Ram and his daughter reunite?