HBO has confirmed that the Game of Thrones prequel series House Of The Dragon has started production. The network released photos of Paddy Considine and Matt Smith doing the table read with the cast recently - a socially distanced one. The prequel is set 300 years before the events of Game Of Thrones and will focus on the story of the Targaryen family. 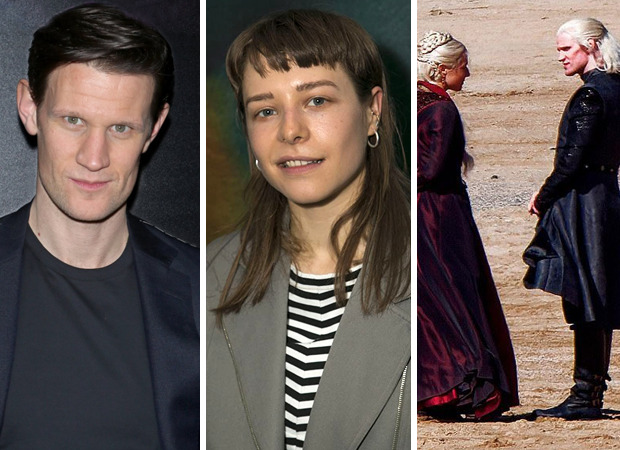 LEAKED PHOTOS: Matt Smith and Emma D’Arcy star as Prince Daemon and Rhaenyra Targaryen as they shoot Game Of Thrones prequel House Of The Dragon

On April 27, 2021, actors Matt Smith and Emma D'Arcy were seen shooting at Holywell Bay Beach in Cornwall, dressed in period drama costumes. Emma is reportedly playing the role of Rhaenyra Targaryen who was seen wearing a crimson gown at the shoot location on Tuesday. Matt Smith reportedly will essay the role of Prince Daemon Targaryen who was wearing a black long jacket and knee-high boots. The two actors were engrossed in a conversation. The leaked pictures were obtained by Daily Mail UK.

Fire will reign ????
The @HBO original series #HouseoftheDragon is officially in production. Coming soon to @HBOMax in 2022. pic.twitter.com/tPX8n2IvGW

According to Deadline, Paddy Considine will play the role of King Viserys Targaryen. Olivia Cooke stars as Alicent Hightower, and Steve Toussaint as Lord Corlys Velaryon, who later becomes the Hand to Queen Rhaenyra Targaryen during the Dance of the Dragons.

House Of The Dragon is based on author George R R Martin's 2018 novel Fire & Blood. It is created by Martin, Miguel Sapochnik, and Ryan J Condal and scheduled for release in 2022 on the HBO Max.